For the first time in the Royal Conservatory’s ‘Aspects of Oscar’ series that has illuminated the wondrous acoustics of sparkling venue Koerner Hall the concert lived up to its billing.

The spirit of the great Oscar Peterson seemed clearly channeled on Jan. 29 in the third series presentation under the title ‘Oscar’s Trios”. Mind you, the trio on stage frequently became a quartet but surely no one in the Hall complained about shifting semantics.


The principal reason the show was so successful came from the jazzman occupying the piano chair – American Benny Green, a popular visitor to downtown Toronto clubs in the 1990s. It was Green who in 1993, after Peterson won the Glenn Gould Prize, was selected by the great man as his protege.

From the first notes, with a roaring version of “Blues Etude” from Oscar’s 1966 album of that name with drummer Louis Hayes and either Sam Jones or Ray Brown in support (in this case Jones). the music charged ahead. Green employed signature OP notes and phrasing, conducting proceedings at electrifying pace. His companions were no slackers, majestic bassist Kenny Washington and relentless drummer Willie Jones III in attack mode most of the night.

Early on, Green promised the rapt audience that the evening would be “as swinging as it gets”. He certainly lived up to this and my only quibble would be that a couple of numbers were executed too speedily in a bravura demonstration that sacrificed the impact of notes and ideas to technique. The rest of the audience wouldn’t agree – and, being typically Torontonian, they’ll applaud anything and everything

However. Green and co. weren’t just on a burning mission. The subsequent “L’Impossible”, another OP tune on the same LP, was fine, with flashy double-time runs and Washington given plenty of space to underline his excellent credentials.

Green’s flying fingers never tired, his chording was crisp, his comping crafty, just about the Usain Bolt of the 88 keys, but there was opportunity for some reflection with the arrival of Swedish guitarist Ulf Wakenius, a key member for 10 years of OP’s later tuxedoed quartet (with Niels-Henning Orsted Pedersen and Martin Drew). This time the Swede, who’d arrived from Gothenberg just for this gig, sported a Yankees baseball cap.

The foursome had a terrific workout on Peterson’s “Backyard Blues”, Wakenius soloed twice, Green reworked “Things ‘Aint What They Used To Be” in myriad ways and intermission was signalled with a blistering take on Duke’s “Cotton Tail”.

More blues and fireworks were to follow after the break, but Green at least could show off his agile expressiveness on “The Man I Love”, OP’s ballad “Wheatland” was featured and the Green-Wakenius tandem raged effectively with a frenetic “Sweet Georgia Brown” that made an excellent closer.

Next up in the series: Monty Alexander March 5; Roy Hargrove April 2 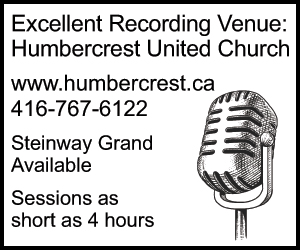