With the wealth of choirs, opera companies and vocal music presenters that have a penchant for new music, we’re never at a loss for performances of contemporary repertoire. But this month there’s a visibly larger interest in the human voice, with several new-music presenters offering programs from the traditional to the unusual. Accompanying these concerts, summits and site-specific installations is an equally far-ranging exploration of themes concerning our place in the world and the state of humanity. 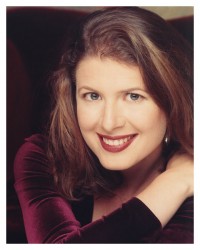 The Talisker Players, who are certainly no strangers to vocal music, close their 10th anniversary season on May 11 and 12 with “Illuminations” – a title that refers to the mystical and visionary texts that influence the selected pieces. The Taliskers depart from their usual chamber ensemble format to present Benjamin Britten’s stunning Illuminations, based on the fantastical poetry of Rimbaud, for soprano and string orchestra. Rising talent William Rowson conducts soprano Meredith Hall, who reaches beyond her renown in early music circles to also perform Harry Freedman’s Trois Poèmes de Jacques Prévert for soprano and string quartet. (It’s a shame that we won’t get to hear the Freedman in its original setting for soprano and string orchestra; he withdrew that version in 1981 and replaced it with the current setting.)

Also joining the Talisker’s is the much-in-demand tenor Lawrence Wiliford. Credited for his luminous projection, lyrical sensitivity and brilliant coloratura, Wiliford will perform Gerald Finzi’s Dies Natalis for tenor and strings, and Toronto-based Andrew Ager’s From the Rubáiyát for tenor and string quartet. A generation older but still a contemporary of Britten’s, Finzi may be lesser known, but certainly no less talented when it comes to lush writing, here inspired by metaphysical texts from Thomas Taherne. Ager’s rich and expressive piece, based on words from Persian philosopher Omar Khayyám, shows stylistic affinities with these British composers. It would have been lovely to hear the version for string trio and French horn, as it appears in the CentreStreams online audio service. Perhaps there is an opportunity to programme it with Britten’s Serenade for Tenor, Horn and Strings in the future?

Nonetheless, these two concerts at Trinity St. Paul’s Centre allow us to hear lush music in the capable hands of excellent performers. For more info visit www.taliskerplayers.ca. For tickets call 416-978-8849 or e-mail words.music@taliskerplayers.ca.

A few days later, we take a sharp turn towards the outer reaches of vocal exploration when a trifecta of adventurous vocalizers land at the Music Gallery and surrounding sites for the Voice Summit. Toronto’s Christine Duncan, Vancouver’s DB Boyko and New York City’s Shelley Hirsch show us why the world’s oldest and most democratic instrument has retained its power to create unbounded sonic experiences that also collapse social barriers.

At 8:00pm on May 16, Duncan and Boyko launch the Summit with a site-specific performance of Stall, a newly commissioned work by Victoria-based composer Christopher Butterfield, at the Harrison Baths and Swimming Pool. Stall, for voices and ambient sounds, explores the soundscape and social boundaries of the public washroom. The work is intended to cajole, disturb and at the same time demand restraint. Using a combination of absurd spoken word, humorous chant and a barrage of cut-up text, Stall examines the more subtle aspects of this particularly ubiquitous but often socially uncomfortable location.

Duncan and Boyko have a history of collaboration and over the years have developed a mesmerizing musical rapport that should make for a captivating world premiere performance. Back in the Gallery, the remarkably accomplished Shelley Hirsch will deliver a solo concert vocal improvisations at 9:00pm. Her practice encompasses story telling, staged performances, compositions, improvisations, collaborations (with a “who’s who” of contemporary music), installations and radio plays that have been presented on five continents. Those inspired by what they hear may want to attend Hirsch’s free vocal improvisation workshop on May 17. For more details visit www.musicgallery.org. For tickets call 416-204-1080 or visit www.ticketweb.ca.

Continuum’s 25th anniversary season closes on May 21 at the Music Gallery with “Wisdom of the Elders,” a concert that ambitiously seeks to ask questions about the human race and its place in the world. A cornerstone of the programme is a newly commissioned work by Toronto composer Juliet Palmer. How it Happened for ensemble and narrator re-examines an aboriginal creation myth in a setting of text taken from Thomas King’s Green Grass, Running Water. Renowned actor and activist RH Thomson joins Continuum as narrator for this world premiere.

Two works by American proto-minimalist Tom Johnson draw on diverse sociological inspirations. Narayana’s Cows uses the population explosion calculations of 14th-century Hindu mathematician Narayana as cumulative musical building blocks. Tortue de Mer for bass saxophone transcribes sand-drawing games and story-telling practices of the Vanuatu people of the Pacific islands. Soprano Carla Huhtanen returns to Continuum to perform British composer Geoff Hannan’s Where I Live is Shite/Where I Live is Posh, a politically satirical work that tackles the subject of contemporary population pressures that result in absurdity, irritation and unhappiness. The progamme is rounded out by a reprise of early-career Canadian composer Aaron Gervais’ Jackhammer Lullaby – a re-arrangement of his work Community-Normed, which was commissioned by Continuum in 2008. In writing about the piece, Gervais said “I’ve become increasingly interested in presenting pieces in multiple versions and combinations. Why multiple versions? Because music today is multiple. Everyone is exposed to music from multiple cultures, from multiple time periods and in multiple versions. Musically, Jackhammer Lullaby presents a humorous musical setting of trying to fall asleep with construction going on outside the window.” For more info visit www.continuummusic.org. For tickets, visit www.wisdom.eventbrite.com. 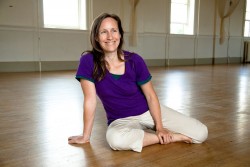 The month closes out with Urbanvessel’s remount of its Dora-nominated Stitch from May 26 to May 30 at the Theatre Centre. This production brings together the original creative team behind the sold-out, critically acclaimed production that premiered during the 2008 Free Fall festival. Stitch is an a cappella opera created by composer-librettist duo Juliet Palmer and Anna Chatterton. As they describe it, the opera is “hemmed in by the language of sewing and the inexorable rhythm of the machine, [where] three women fight to find space for imagination and individuality. Stitch gives voice to the unseen women who clothe us all.” Ruth Madoc-Jones directs a remarkable cast of vocalists: Christine Duncan, Patricia O’Callaghan and Neema Bickersteth. For more info, including details about the May 29 gala performance and links to sneak-peek videos, visit www.theatrecentre.org. For tickets, call 416-538-0988.