Details
Written by Allan Pulker
Category: Classical and Beyond
Published: 31 May 2010

As always in June summer festivals of various kinds are getting under way. Some are big productions that are hard to miss, while others are smaller, out-of-the way events.

The 23rd annual Brott Music Festival, which goes on through much of the summer, opens this year in Burlington, with three performances on three consecutive Wednesdays by the National Academy Orchestra, which principal conductor Boris Brott founded as a training orchestra for young professional musicians and conductors. This year the orchestra has two apprentice conductors: Geneviève Leclair, winner of the 2010 MacMillan Prize for conducting, is a doctoral conducting student at Boston University; Samuel Tam, a graduate of McGill University, has spent the last two years as apprentice and assistant conductor at the Canadian Opera Company, and will continue his training at the University of Toronto.
Each of the three Burlington concerts will feature a young instrumental soloist: cellist Denise Djokic on June 16, clarinettist Giampiero Sobrino on June 23, and violinist Jonathan Crow on June 30.

On June 5, the fourth annual Bayfield Festival of Song opens with a recital by soprano Virginia Hatfield, mezzo Lauren Segal and pianist Bruce Ubukata. The festival will continue until June 13 with master classes and vocal and piano recitals. Bayfield is on Lake Huron halfway between Grand Bend and Goderich.

The fourth annual Luminato Festival runs from June 11 to 20, with many events that will be of interest to WholeNote readers. All those events can be found, of course, on Luminato’s website. Events include an opera by Rufus Wainright, a late-night performance by the Toronto Symphony Orchestra of Beethoven’s Ninth Symphony and a concert on June 12 by the Vienna Academy Orchestra. 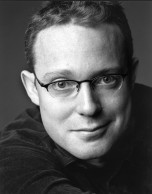 Sharon Temple’s annual month-long Sunday afternoon concert series, under the new artistic leadership of Larry Beckwith and Rick Phillips opens on June 6 with a recital by mezzo-soprano Wallis Giunta and pianist Stephen Philcox. This will be a great opportunity to hear this talented young singer, who, Globe and Mail reviewer Paula Citron predicts “is heading for stardom.” The series continues on June 13 with Ensemble Polaris, June 20 with the Tokai String Quartet and pianist Anton Kuerti, June 27 with pianist Alexander Seredenko, and on July 4 with Montreal’s Les Voix Baroques.

Like Music at Sharon, The Blue Bridge Festival also takes place in York Region, and its artistic director Brenda Muller is also a music teacher with the York Region Board of Education. It opens on June 4 with a very eclectic programme of everything “from opera to folk, from chamber music to jazz, to the poetry of the spoken word.” All this takes place in beautiful Roches Point on the southern shores of Lake Simcoe. The festival continues the next evening with a Gala Concert in Newmarket. The third and last day of the festival, Sunday, June 6, offers a variety of events including a parade, opera singers performing from a raft and workshops at the Varley Art Gallery. For those of you who would like to make it a weekend getaway, festival pass holders will receive discounted rates from two really great local resorts, the Briars and Whispering Pines Inn.

Music Mondays and the Music Garden

You don’t, of course, have to leave the metropolis to hear music beside a lake or in an historic venue. Music Mondays offers a wonderful series of concerts at noon on Mondays at Holy Trinity Church from June right through to Labour Day and the Music Garden offers a great variety of music in an enchanting downtown lakeside location. Summer in Toronto just isn’t complete without at least one concert from each of these series.

Off the Beaten Track

Gallery 345, at 345 Sorauren Avenue in Toronto’s west end, between Lansdowne and Roncesvalles, has become a really busy venue over the past couple of years. I gave a concert there myself with pianist Elena Tchernaia, a couple of years ago – and can say from experience what a great place it is to perform in, with its lively acoustics and friendly ambience. In this magazine, there are six concerts listed there between June 4 and 30.

On June 6, the first of what I expect will be many concerts at Merriam Music in Oakville is taking place. Since Merriam Music is a high-end piano dealership, you can expect to hear high calibre music making on great instruments at these events. At this opening event the performers will be Adrean Farrugia, Robi Botos, and Stu Harrison, performing on three different pianos, covering a broad range of repertoire in a unique three-piano format. Take note, pianists: in his message to me, Stu Harrison wrote: “We’re also looking to expand the series in 2011 to include recording possibilities for artists who want an inexpensive method of recording live events on a Fazioli, or like pianos.”

I’ve often written about the Kitchener-Waterloo Chamber Music Society, which for those who live in K-W is right on the beaten path, of course. In this issue there are a staggering 16 events listed taking place in three locations, the Music Room, Maureen Forrester Hall and Keffer Memorial Chapel.

The Arts and Ideas Studio, located in what used to be a bank in an aging and definitely off the beaten track suburban location on O’Connor Drive, just northeast of St. Clair Avenue East, is used as a dance studio. With an intimate atmosphere, good acoustics and great light, however, this is a perfect venue for chamber music. The first of three concerts currently scheduled for the Studio will be on June 19, with the young jazz group Café Olé playing all original music by its leader, bassist Justin Shaskin; and the newly formed Ensemble Espressivo with clarinettist Nicolai Tarasov, Yours Truly on flute and a t.b.a. guitarist performing a delightful trio by the early 19th century guitarist-composer Francesco Molino, among other things.

Elsewhere in the News

At intermission during a performance of the opera Giiweden on May 14, I spoke to Aradia director Kevin Mallon, who told me he’d just been appointed artistic director of Thirteen Strings Chamber Orchestra in Ottawa. There’s a resonance here between orchestra and conductor. Mallon, after all, is best known as an early music specialist. It was Tafelmusik that brought him to Toronto in the first place, and he has made a name for himself and many recordings as the director of the Aradia Ensemble. Indeed, only a couple of years ago in a WholeNote review of Aradia’s Israel in Egypt CD, reviewer Robert Tomas dubbed him “Canada’s crown prince of period performance” – hastening to add that “frequently he is invited to guest-conduct standard repertoire and contemporary music.”

It will be interesting to see what new directions Mallon takes the ensemble in.