Start by saying who you are and where music fits into that,” were my editor’s instructions for this piece. After which I was to move on to talking about what I was doing when COVID-19 hit: what I’d had to abandon, what I’m hoping to pick up on again, and how I am preparing for that.
Be careful what you ask for!

Born midcentury as Tímár András in Szombathely, Hungary, as a young child I was an unwitting participant in my family’s Canadian immigration saga. We segued from the trauma and dislocation of the aftermath of the Hungarian Revolution to the welcoming though utterly unfamiliar WASP-dominated environs of 1950s Toronto. These days I’m navigating another radical change - the challenging socially distanced landscape of the COVID-19 pandemic. 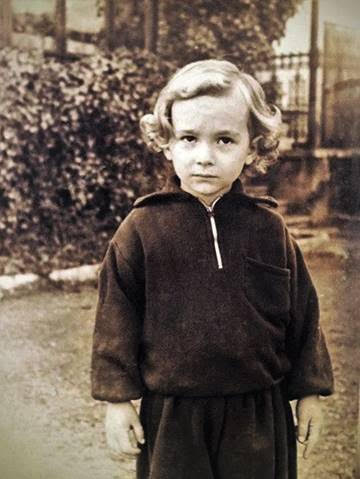 A few things of course happened in the intervening six decades, the branches of my various careers intertwining in quite unpredictable, even mysterious, ways. I’ve worked as a landscape labourer and firm vice president, supervisor, draftsperson, tree nursery manager, copy editor, New Music Concerts’ production manager, and artistic director of several music groups. I served as the founding editor of and frequent contributor to Musicworks magazine and as the President of my construction company.

One through-line though: I never stopped critically listening to, thinking about, performing and composing music. Since early childhood I’d been a musician - first a piano student, then a bassoonist and finally a gamelan and suling player. (The suling is the bamboo ring flute of West Java, Indonesia. And that is a story for another time.)

As for music journalism, my roots in it reach back to January 1978 when Musicworks, the music journal “for curious ears,” began publishing. For five years as its first editor-in-chief and a major contributor I worked with the brilliant John Oswald, building on the nascent writing and paste-up skills I honed at high school and university print weeklies. Most recently, for over the last decade it’s been a pleasure to serve as The WholeNote’s World View columnist, features writer, blogger and disc reviewer, filing several hundred items. (I invite you to sample them on WN’s comprehensive online archive.) 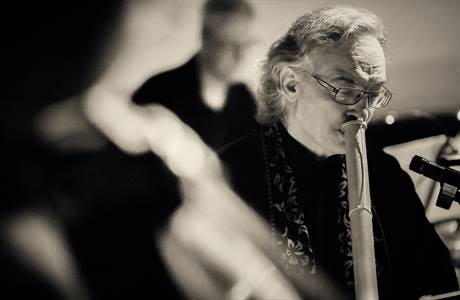 Like most musicians, my live gigs were cancelled when COVID-19 shut venues down. Several feature story ideas for The WholeNote are on ice. And while I remain Evergreen Club Contemporary Gamelan’s suling soloist, I was also deeply involved in planning two upcoming ECCG events which are also on ice: our composers’ workshop, organised with the support of the Canadian Music Centre, scheduled for this May at the Array Studio; and plans made over a year ago with leading Indonesian composer and musician Iwan Gunawan to travel to Toronto to work with ECCG for an extended period in June 2020. I also lead monthly community Gamelan Meetups, a joint ECCG/Array project, which have been cancelled since March 2020.

ECCG is actively discussing potential reactivation dates for the composer workshop with the CMC and Array. We’re also exploring how remote workshopping (via video) could work as an option in addition to live participation. Our artist-in-residence programme will have to wait until international travel and visas to permit it will once again be available. And as for the Gamelan Meetups, they can theoretically resume when the Array studio reopens and social distancing measures are lifted. I’ll have my work cut out for me to ensure a safe and welcoming meeting environment: attending jams after months of entrenched social distancing could be an issue.

Part of the issue is that gamelan is a collective noun, gamelaning an interactive music activity that happens in person. In one way different from most orchestras, individual gamelan musicians don’t typically own their instruments; rather they are collectively owned (like ECCG’s set) or owned by a single individual or institution. They stay together in one place. ECCG’s degung (a kind of West Javanese gamelan) follows this model.

This means that unlike musicians in a symphony orchestra, chamber ensemble, soloist, jazz or rock band (or a DJ), there’s no easy way for ECCG to pivot to live online ZOOM-type video shows to reach our audience. We don’t have the instruments at home and of course can’t meet in our studio to play on our degung and also maintain socially distancing requirements. 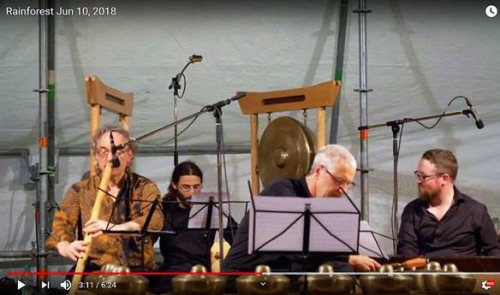 On the other hand, ECCG has begun to address our online presence. In preparation for our composer workshop, percussionist and ECCG core member Mark Duggan and I prepared quick and simple degung instrument demos. Along with ECCG concert videos, they’re hosted on our YouTube channel. ECCG has also launched a new website which we’re gradually populating with content useful to composers writing for the group such as this ECCG degung instrument range sheet.

I invite readers to view this video of my composition Open Fifths, Opens Hearts (2018). It’s an introspective exchange of improvised transcultural melodies over three successive drones. The work was performed by the Timar Parsons Duo, and Amely Zhou & Friends at the Small World Music Centre in celebration of Asian Heritage Month 2018.

The soulful mixed-culture Kidung was performed by Jessika Kenney (vocal), Eyvind Kang (viola), Bill Parsons (kacapi) and me on Central Javanese suling at a live The Music Gallery concert at the Jam Factory. You can view the 2015 video here.

As for the best place for gamelan-curious fans to get their live fix? Visit ECCG’s new YouTube channel to hear recently uploaded music such as this exciting, freewheeling rendition of Canadian composer Paul Intson’s Rainforest (pictured) recorded at a live Munich concert.

In addition, a quick internet search will result in numerous ECCG audio recordings and albums, such as Sunda Song on Naxos.

Andrew Timar is a Toronto musician and music writer.
He can be contacted at worldmusic@thewholenote.com.