Music in the summer: the very notion evokes a field of pleasant images. I’m thinking of concerts in a green and flower-filled public park or a more intimate garden setting, touring groups appearing on festival stages throughout our province, as well as Harbourfront Centre’s lakeside venues teeming with casual, lightly clad crowds out for a good time. People generally appear more relaxed and good-humoured in the summer than in other seasons; smiles seem more common. The other seasons are meant for music encounters indoors. The few months of kind summer weather we are allotted make it an ideal time to cross paths – and share outdoor musical discoveries – with families from around the world. 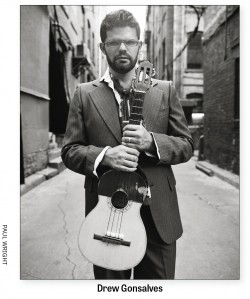 Luminato: The first major Toronto summer series featuring global music is the Luminato Festival, this year running from June 19 to June 28. In order to get a sense of the direction of the programming of interest to you, dear reader, I spoke with veteran music curator Derek Andrews over the phone. He pointed out that there will be changes this year to the venues, compared to recent Luminatos held at David Pecaut Square. “The big stage is gone at The Hub – which has a landscaped backyard garden theme this year. We now will have The Festival Shed, an indoor venue of around 200, plus an expansive outdoor venue with a much larger audience capacity called The Garden Stage (which the TSO will use on June 28). It will also host the 35 acts in my program.”

With numerous individual shows and several themed concert series spread over the ten days, Luminato has much to offer listeners out to explore world music. Many have “Americas” themes, pre-echoing the Pan Am games about to take over Toronto in July. To my regret, I can’t pretend to cover more than some part of the vast scope of this subsection of the festival. June 20, during the first weekend fete at Luminato, begins with the launch of “The North-South Project,” billed as “a collective work of storytelling authored by 12 celebrated writers working the breadth of the Americas, from the Canadian Arctic to Argentina.” It’s co-curated by Andrews and literary and ideas curator Noah Richler. The readings by the authors are accompanied by several singers articulating lyrics of dissent. Singer-songwriters Amai Kuda n’ Y Josephine, Drew Gonsalves and Quique Escamilla will also bring their own unique pan-American music to the festival stage.

Among the lineup is Ani Cordero, a founding member and drummer of the Mexican rock band Pistolera and other groups. Recordar, her latest solo album, is a tribute to the voices of dissent via reinterpretations of Latin American protest songs. Another participating artist, La Yegros, has been a powerful presence on the Buenos Aires underground music scene for years. Her signature voice and commanding stage presence is imbued with South American flair, but she also brings with it a globally aware mindset, drawing equally on deep regional folk traditions and cutting edge beats.

On June 21 the solstice, National Aboriginal Day and Father’s Day all fall on the same day. (As a dad, I’m hoping for a lavish BBQ dinner hosted by my sons as per family tradition.) Why not celebrate them all at The Hub with performances by four aboriginal women? Leela Gilday, a member of the Dene nation, transports the listener through her northern stories sung in a gutsy voice and open stage presence. Martha Redbone’s music blends Native American elements with her deep roots in Appalachian folk and Piedmont blues, plus soul and funk.  On the same day, the “New Canadian Music Series” features two emerging aboriginal musicians, cellist Cris Derksen and singer-songwriter Binaeshee-Quae. Derksen’s music braids the “traditional and contemporary in multiple dimensions,” weaving her classical music training and features embedded in her aboriginal ancestry “with new school electronics, creating genre-defying music.” Her 2010 debut album The Cusp was nominated for a Western Canadian Music Award and won the 2011 Canadian Aboriginal Music Award for Instrumental Album of the Year. Binaeshee-Quae, from Pic River First Nation, describes her musical style as “jazzy-alterna-folk mix.” She delivers her songs in a full-throated, sometimes quirky yet articulate mezzo.

Los de Abajo from Mexico City is another politically committed group (they’re supporters of the Zapatista Army of National Liberation). Over a 23-year career, it has constructed a distinctive fusion of regional Mexican musics. A champion early on was David Byrne, in 1999 signing Los de Abajo to his Luaka Bop label. The group has gone from strength to strength, touring extensively and including yet more influences in its diverse palette: ska, reggae, hip-hop and even echoes of Balkan music.

Skipping to June 25, “Caribbean Calypso” is billed as a musical “exploration of coastal Caribbean Garifuna culture and Trinidadian Roots Reggae Calypso.” Taking centre stage will be the Canadian group Kobo Town. Named after the Port-of-Spain neighbourhood where calypso was born it was founded by Trinidadian-Canadian songwriter Drew Gonsalves. The group mixes Caribbean calypso and reggae using acoustic instrumentation along with innovative production, social commentary and an indie rock attitude. Independence, its debut album, won the International Folk Alliance Award. Another headliner is Aurelio Martinez. He is not only a star Honduran musician, but also a passionate politician and cultural ambassador for the coastal Garifuna people as well. Known by his first name alone, Aurelio possesses a gritty expressive voice with which he performs a compelling musical blend of received Afro-Caribbean cumbia fused with Latin rhythms.

The Luminato Festival celebrates in style June 27 with a “Brazilian Block Party,” billed as a “fun family event featuring day-long animation by strolling artists, craft-making workshops and irresistible food!” Luminato programmers aim to capture the Brazilian tradition of festive gatherings at this all-day public party with food, drink, music and dance, all elements embracing “a beloved part of the Brazilian cultural landscape.”

The Festival Hub’s Block Party is curated by Toronto’s own Uma Nota Culture, programming a “carnival of active cultural jamming.” That includes an invitation to connect with fellow Torontonians by dancing to live music – to irresistible forró music from the Northeast of Brazil, the martial arts-inspired capoeira and the ever-popular samba.

Among the notable acts taking the stage is the Quebec City-based Flávia Nascimento and her Smallest Big Band. Hailing from Recife, Pernambuco, Mundo Livre S/A is a genre-defining manguebeat band formed in 1984. Mundo Livre’s founding notion was to connect the culture of the mangues (mangroves) of Recife with a network of global pop genres. It has released three albums, the last of which was included in many best-of-the-year lists. Aline Morales has built a solid reputation in Canada as a percussionist and bandleader. Her Juno-nominated Flores, Tambores e Amores also showcased her interpretative, vocal and composer chops. With her project Forró Nite, Morales taps deeply into her forró music roots.

Among the newest Brazilian drum troupes in town, Tdot Batu is a diverse, youthful group performing samba reggae, but spun with their own edge. (Samba reggae became a hit in Salvador, Bahia, Brazil in the 1980s when the group Afro-Blocos mashed Bahian rhythms like ijexa and samba with Caribbean musical influences.) It sounds like quite the lively party. 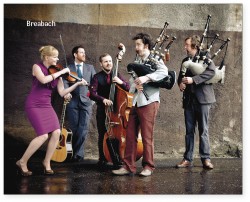 Sunfest ’15, London, Ontario: Now to a festival decidedly outside of Toronto and sporting a pedigree older than most: TD Sunfest ’15. From July 9 to 12, downtown London’s Victoria Park is transformed into a culturally diverse playground where over three dozen world music and jazz groups entertain audiences on five stages scattered throughout the park. “Canada’s Premier Celebration of World Cultures” is its byline and all events are free.

Headliners this year include the venerable Afro-Cuban All Stars, and the new generation Scottish folk five-piece Breabach. It has been described as “the new face of Scottish Traditional music.” Paulo Flores, the distinguished Angolan singer-songwriter and author who performs in the semba genre, also takes the Sunfest stage. His lyrics often touch on the politics and hardships of Angolan life, and since 2007 he has served as a UN Goodwill Ambassador in Angola.

When my kids were young we repeatedly visited Sunfest, feasting on its small-town Ontario feel and diverse ethnic good vibes – but also on the scrumptious international street food and crafts for sale by dozens of vendors. That too is experiencing musicking in the summer for me.

Summer Music in the Garden: What more pleasant a reminder of the evanescent – and thus even more keenly savoured – summer in Southern Ontario than music in a garden? As it has for 16 years, Harbourfront Centre is this year again producing a delightful season-long series titled Summer Music in the Garden, skillfully curated by Tamara Bernstein. It’s held in the pleasantly verdant surrounds of the Yo-Yo Ma co-designed public Music Garden at 235 Queens Quay West. Cooled by the nearby waters of Lake Ontario, it’s all free. Make sure you get there in plenty of time however, to snag a seat on one of few benches. Also arrive early if you wish to claim a private pied à terre on the sloping lawn in front of the open air grassy stage area under the magnificent mature weeping willow. (I think you can guess I have performed and visited there many times over the years).

My picks? I can’t make up my mind from among the multiple tempting summer offerings. I invite you to check The WholeNote listings to discover your own old – or perhaps new – favourite. Relaxed, high-quality music in a garden: how can you lose?

A Celebration: June 14 Darbazi, the choir which was formed in a Toronto living room (yes, I was there), marks its 20th anniversary with a concert at St. Andrew by-the-Lake Anglican Church on Ward’s Island, Toronto. Darbazi is Canada’s first choir dedicated to the music of the various regions of the Republic of Georgia. Under the direction of Shalva Makharashvili and founding guest conductor Alan Gasser, the group hosts local groups Trio Zari and Hereti as guests to mark this significant occasion. I invite you to join me to celebrate in Georgian style with song, food and toasts to many more years of music and warm summer weather in which to enjoy it.

In keeping with my custom, I wish you a gloriously musical summer and invite you back to revisit me in these pages in September.