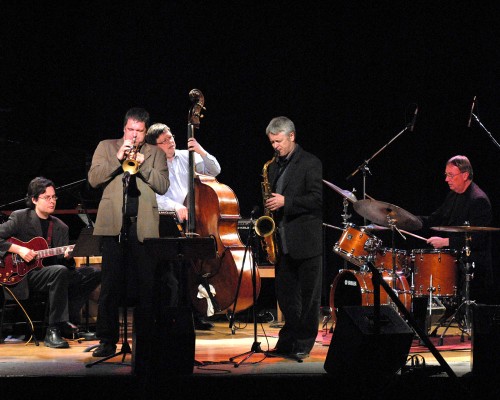 “Playing the changes” is jazz argot (jargot?) for navigating the chord changes of any given piece or tune being played, a hard-earned skill, the challenge of which varies depending on how many chord changes there are, and how complex they might be. It’s also referred to as “making the changes,” as in playing notes which fit the chords – a sort of entry-level requirement – or “running the changes,” which can carry a negative connotation of a soloist robotically playing a lot of notes without necessarily making a coherent musical statement of any melodic value.

However, the difficulty of negotiating the labyrinthine chord changes of, say, Giant Steps, or I Got Rhythm, pale in comparison to the challenges facing jazz musicians during the COVID-19 lockdown of the past three months and counting. “Playing the changes” has taken on a whole new meaning – as in adapting to the catastrophic changes wrought by this virus. These have affected all of us deeply of course, but I would like to address them from a jazz perspective.

I’m slightly reluctant in doing so lest this take on a “woe is me” tone of self-pity, as if jazz players have suffered more than other live performers such as actors, dancers and musicians in other fields. Everyone has surely suffered from the lockdown measures, but as a largely in-the-moment, collectively improvised music – and an economically vulnerable one at that – jazz and its practitioners have been particularly set back by social distancing.

What Has Been Taken Away?

In a word, everything. Starting with paying gigs, and the opportunity to just get together and play. The widespread cancellation of all gigs from mid-March on has obviously meant financial loss and hardship for many. Given the real spectre of a second wave of the pandemic in the fall, this will continue for the foreseeable future and it would seem that live performance venues – theatres, clubs, concert halls, festivals  – will be among the last places to reopen owing to the complex logistics of social distancing and managing necessarily reduced crowds. This could be a while.

Jazz musicians are a resilient and increasingly resourceful bunch because they’ve had to be. Many supplement their gig income with teaching, either at an institution or on a private basis, and this is still possible thanks to online video platforms like Zoom and Skype. Some may be blessed with a spouse who continues to earn a salary, but I know of many couples where both partners derive most, if not all, of their income from live performance, and I despair for them.

There’s much more to the Great Pause than finances, though. Not being able to play in public for months has many other costs – artistic, psychological, emotional-spiritual, loss of momentum. For jazz musicians, a kind of rust, a loss of edge, has set in. Yes, this can be counteracted by practising, which is about all one can do these days to stay in shape. But in jazz that only goes so far. You have to play with others as much as possible to really get good at it and to stay good at it; it’s an ensemble music. And more than any other type of music, it thrives on the spontaneous give-and-take of playing closely with others in a real, live situation with or without an audience, but ideally with. Jazz musicians draw inspiration and energy from each other in the moment, and that’s all been taken away. And so have audiences, which complete the circle of performance. In the early days of my career I was largely unaware of the audience, ignored them or even regarded them as the enemy, but I now realize that an appreciative audience is crucial to a truly satisfying  jazz performance, probably more than they realize.  Jazz fans, we need you and miss you.

So, practising is about all jazz players can do to maintain their chops, but it’s lonely work that doesn’t quite cut it. Many like me have a sinking feeling that they’ve lost their edge and dread the first few live performances – even while looking forward to them when they eventually happen – for that reason. There will be rust, there will be pain and a lack of stamina; it won’t be pretty.

As a bassist, I may be biased, but this rustiness is particularly true for bassists and drummers. While practising, it’s impossible to duplicate the physical effort, the in-the-fire crucible rhythm players face in live performance. And just as it’s taken only a few months to utterly alter our collective consciousness, so too it only takes a few months off to make one feel they’ve lost whatever backlog of edge they’ve built up over the years. I feel it keenly, and I’ve been at it for 45 years. It’s like the old saying that it takes years to build a good reputation and just one day to ruin it.

Having been at it for so long has its advantages, psychologically speaking. With the immediate future of live jazz so uncertain, at least I and others my age have the comfort of knowing we’ve had our innings, we can look back and realize we’ve had good careers, got to play with some great people and accrued some satisfying memories. It’s not resting on our laurels exactly – that would be laughable in my case – but it does help take the edge of despair off the uncertain future facing all of us.

Every Tuesday I take part in a Zoom cocktail party with a group of musicians more or less my age who’ve known each other for 30 or 40 years. It helps soothe another important aspect of jazz that’s been taken away – the social dimension, the camaraderie and the humour, which we’ve all missed. All of these veterans have expressed a similar philosophical attitude about the shutdown: that, as bad as things are – and they weren’t great before the pandemic began – at least we had a crack at the good times. But we all feel for young players who are just starting out and trying to gain a foothold in a field that’s been so interrupted. They have the advantage of youthful energy and a much longer future ahead of them, but one which seems tenuous now. I have every faith that they’ll bounce back and find a way, I’m just not sure how or when, exactly. Many whom I’ve talked to are practising like fiends to be ready when things reopen. Jazz has always been a leap of faith.

A word on one of the social distancing performance solutions musicians have turned to: the online concert, or recordings made online using separate tracks. While I applaud the entrepreneurial ingenuity of these, the musical results have been mixed. I feel these work best with a high content of written music, such as several I’ve heard involving big bands or members of orchestras such as the TSO. But the small group jazz ones are less successful because they’re not playing together in real time, which is essential when working without a script. Jazz is intimate, it requires interplay and proximity. These efforts are okay as an alternative but let’s not kid ourselves, they’re not the same as the real thing. And at this point, we need the real thing.

The late, great pianist Hank Jones once said that playing jazz is largely a matter of concentration and he was right. This has been another casualty of the virus; it has deeply affected our ability to focus. Who can concentrate amid all the dizzying, almost-daily changes? (I’ve found it hard to concentrate long enough to write each sentence of this article.) Like many of us, I suspect, I’m hearing an internal white-noise hum of confusion, anxiety, self-doubt, loneliness, uncertainty, the disorientation of too many numbers and too much bad news all at once, which warps time and makes me doubt my ability to discern what is true, or even think straight. This is not good for any of us but trust me, it’s lethal for jazz musicians. Jazz requires the ability to think on one’s feet and now it’s hard to think at all.

“What, then, is to be done?” – Vladimir Ilyich Lenin

I don’t have any specific solutions for this mess in general, or as it applies specifically to jazz and live performance. Only to say that we must remain faithful, positive and hopeful (no matter how much the playing changes); we must believe in each other and that we can come back from all this adversity, just as prior generations bounced back from a calamity as huge as World War Two. If they did, then we can. Jazz has never been easy, it’s always required courage, commitment, a lot of spirit and heart, and these qualities abound in the jazz community, both worldwide and locally.

To all WholeNote readers, a safe, healthy and happy summer in these trying times. 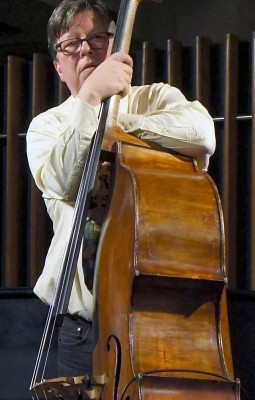 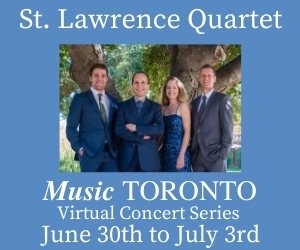