To wildly understate matters, these are not normal times. Neither will this be a normal WholeNote issue, nor is this a normal column for me, if such a thing exists. I don’t intend to make this seem all about me, but I do want to go into detail about how the pandemic shutdown has affected me as a musician and music teacher, in the knowledge that mine is just one of thousands of such stories, and in the hope that my experience will resonate with others in the same position. Or those who are worse off.

The crisis really hit home on March 11/12, when all professional sports shut down almost at once; this sent shockwaves about how real and serious this virus is, and remains. Within hours schools closed, social distancing measures were implemented and by March 16, Ontario had issued lockdown orders re non-essential businesses closing, limiting travel and large social gatherings, etc. To quote two lines from W.B. Yeats’ poem, Easter 1916: ”All changed, changed utterly: A terrible beauty is born.”

On March 11, my wife Anna developed a sudden, burning cough, a concern for obvious reasons. It was diagnosed the next day as “only” pneumonia, perhaps the first time ever that a fairly serious illness was greeted with relief. On March 15, the last day I appeared in public, I developed a bad cold: sinus congestion, bad cough, but no other overt COVID-19 symptoms. We were laid up for about three weeks with these ailments and there were times we were certain that we had it. There’s nothing like a highly contagious and deadly virus to waken the inner paranoid hypochondriac in all of us. Like most others, we stayed home as much as possible and tried to stifle our uncertainties and anxieties.

Meanwhile, on the musician front… all of my gigs from March 14 through June were cancelled in a gradual trickle, and of course beyond this, no new gigs are being booked for the simple reason that there’s just nowhere to play. In the early going, one musician I’m close to, saxophonist Mike Murley, showed some real initiative and leadership around this. With just one day’s notice he cancelled a March 14 gig we were set to do at the Pilot, postponed an April 4 concert by his trio in Claremont and informed other bandleaders he would be cancelling out of their gigs. He received considerable pushback on this from some, but his prescience – his partner is a doctor with UHN on the front lines – became clear as the enormity of the situation grew every day. None of us were going to be playing anywhere for some time to come. (As a sidebar, the Kitchener-Waterloo Jazz Society which runs the series at The Jazz Room paid the musicians half their fee for a cancelled March 28 gig, which was both generous and thoughtful. As we have seen, a crisis like this brings out the best and worst in people.) 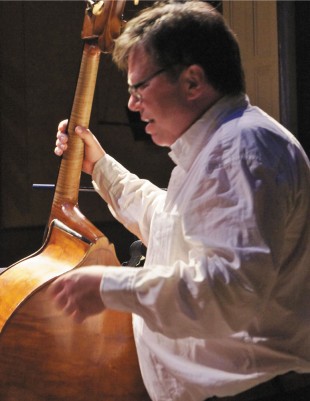 I work on three fronts, so I’m more fortunate than most musicians who have lost their incomes as a result of having no gigs. Apart from music, I’ve worked for 30 years in the Great Library at Osgoode Hall, and the Law Society of Ontario has continued to pay salaries since it closed on March 15. I also collect my musician’s pension and U of T continued to pay my salary through to the end of April. I’m extremely concerned about the lot of fellow musicians with less of a safety net and I hope they will be able to take advantage of CERB, which has offered financial support to those who don’t qualify for UI. I know my son Lee, also a freelance musician, has received some help and I pray others will too. I think all musicians can agree there’s not just a financial aspect to all of this; like all of us, I can’t even say how much I miss playing and hanging in public or being able to go hear others play. I despair that it will be a long while before any of this comes back and that it may never, fully.

At the same time, my role as a part-time jazz teacher at U of T was suspended March 13. I feel badly for the students who paid tuition for a full year and missed three or four weeks of instruction, but there was nothing much to be done about it. At least the school year was approaching the end and everyone will receive full credit for their year. I miss my students badly and have taken steps to reach out to them via Skype to make up the lessons and just stay in touch.

As to what I’m doing in the face of all this sudden suspension… well, I’m practising a lot to stay in shape for gigs in the future, which in my case has been a mixed success. Practising is not performance and I realize as a bassist I need to play with other musicians to really knuckle down and do my job. I’m hoping to go out on the front porch to play some short little concerts for the neighbours but it’s been far too cold for that. Playing jazz also has a mental component so I’ve been doing a lot of reading and cryptic crosswords to stay mentally sharp. And above all, now that I’m feeling better, I hope to do more writing on my blog, as my posts have become very infrequent due to being so busy. No such excuses now!

Speaking of which, here’s a link to my latest post, Alone Together: The COVID-19 Songbook.

And a YouTube link to a Mose Allison song I find particularly apt for these times: Ever Since the World Ended.

To everyone in the coming months, stay home, stay well, stay strong and stay in touch.

Toronto bassist Steve Wallace writes a blog called “Steve Wallace jazz, baseball, life and other ephemera” which can be accessed at Wallacebass.com. Aside from the topics mentioned, he sometimes writes about movies and food.