This column will offer more questions than answers, more speculations than solutions, and may offend some. This is not intended and I will try to deal with any potential fallout later on, but first, the idea for this column, which was suggested by a musical evening several months ago.

This past November 6, I attended the gala concert by John MacLeod’s big band, the Rex Hotel Orchestra, held in the dining room of the Old Mill. The event doubled as a launch of the band’s new CD, The Toronto Sound, and was an unqualified success in both musical and box-office terms.

The 19-member band played all the selections from the new disc over two generous sets, most of them arranged and composed by MacLeod himself, with single charts provided by Rick Wilkins (Canada’s greatest living arranger, also present this night and a major inspiration to MacLeod), and band members Terry Promane and Andy Ballantyne. Like MacLeod himself, the very absorbing music reflected both traditional and modern elements, sometimes within the same piece, and there was tremendous solo work all around – along with their stellar ensemble playing, just about everyone in the band is an accomplished jazz soloist. 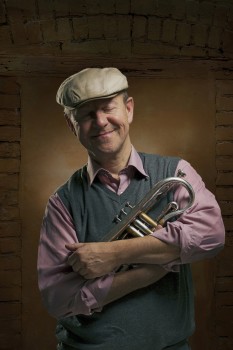 It was a special evening, but perhaps more so for me than most. John MacLeod and I met in high school some 45 years ago where we began playing jazz together; indeed, you could say John was responsible for me taking up the bass (I was an aspiring guitarist at the time when he inducted me into the Dixieland band he began leading after school hours). We have been musical friends ever since and have played together countless times in all kinds of bands, including the Boss Brass for many years. Going so far back with him and sitting just a few feet away, listening to the rousing sound of his compositions emanating from this band he created, I was overwhelmed: I felt enormously proud of him, and for him. The band has been around for years now, but this felt like a step forward, a culmination of much blood, sweat and tears, and probably some laughs too. Oh, and by the way, the beautifully recorded CD sounds every bit as good as the band did live. Buy one immediately, if not sooner.

As is often the case with musical events at this particular venue, this one was presented through the auspices of JAZZ.FM91 and bore its imprimatur. Ross Porter and Jaymz Bee each made (mercifully) brief speeches, and Fay Olson was her usual tireless self in organizing and promoting the whole affair. But the real founder of this musical feast, and of the CD it celebrated, was an individual who I won’t name because he’d likely prefer to remain anonymous, so I’ll call him “DT,” short for “Deep Throat”. A passionate jazz fan since the mid-1930s (!), DT has been a major benefactor of jazz in this city since the late 60s, when the Boss Brass and CJRT-FM got under way. He has drummed up interest in jazz with his considerable oratorical skills but time and time again has put his money where his mouth is, so to speak, by donating to countless recordings, tours, festivals, bands, concerts, broadcasts and other jazz projects.

In the case of MacLeod’s new CD, DT not only footed the considerable bill for its overall production, but also contributed to the promotion of the event as well by inviting at least two large tables’ worth of people – friends, musicians and/or both – to attend as his guests and picking up the tab for everything – admission, dinner, drinks. I would have attended anyway, but Mrs. W and I were among these guests and it wasn’t the first time I’ve been floored by DT’s class and generosity.

DT is getting on and in the last couple of years has expressed a concern for the future of jazz in Toronto and a keen desire to get local government involved in supporting it beyond the usual cosmetic ribbon-cutting measures. He is well connected and has been trying to sell local politicos, including our mayor, on the idea of establishing a permanent performance home for jazz in Toronto, funded by both public and private money. He was hoping this could perhaps be a part of the Massey Hall revitalization project, for example.

DT was hoping to use the release of The Toronto Sound – a partially strategic title – as a means of demonstrating to local politicians the viability of jazz in Toronto – the high quality of the music and the enthusiastic support for it among local music fans. He invited Mayor Tory and others to attend, only to run into a brick wall of shrugging indifference.

This apathy caused DT no small chagrin, so I’ve decided to take up his cause here by asking a few pointed questions. Why is it after all these years that jazz in Toronto still doesn’t have a dedicated and permanent performance centre, the way other art forms like opera, ballet, theatre or symphonic music do?

Yes, we’ve had clubs, but those have taken a hit in recent times. Wouldn’t you think a city the size of Toronto, where jazz is taught at three post-secondary institutions (York University, U of T and Humber College) and which boasts a 24/7 jazz radio station in JAZZ.FM91, could support – and deserves – such a venue? The TSO has Roy Thomson Hall, the COC and the National Ballet of Canada share the Four Seasons Centre and there are numerous other venues for various forms of theatre and dance.

Most, if not all, of these rely upon some sort of government funding as well as a well-orchestrated pipeline of private donors to keep them running. I realize jazz – usually the out-of-town, big-ticket variety – occasionally sneaks into these places as an interloper – and that jazz is sporadically heard at Koerner Hall, Massey Hall, the Sony Centre and other theatres. I also realize jazz is not as big a ticket or as entrenched as some of these other art forms, but neither is it a cultural Johnny-come-lately; it has existed for over a century now and has a long and rich history in Toronto. The talent has certainly always been here but the support for it has been sorely lacking in any official sense.

I’m not suggesting that jazz needs anything as grand as some of these cultural palaces. I’m proposing a centrally located and modest-sized concert hall with the usual amenities, seating perhaps 400, with an adjoining club space for more casual presentations, the screening of jazz films, lectures and so on.

So why is jazz treated as a second-class citizen here? Is it because it’s seen as an American import? Well, don’t look now, but most of the music played at the aforementioned venues is European in origin. And if nationalism is your game, then consider this: as a primarily improvised music, jazz comes from inside the musicians playing it, so jazz played by Canadians is directly Canadian. When you listen to a Mike Murley or a Neil Swainson or a John MacLeod play, you’re listening to quintessential Canadians.

The notion of a dedicated jazz centre isn’t as far-fetched as it sounds. Many cities in Europe, which values art and culture more highly than North America does, have full-time state-sponsored jazz orchestras with composers-in-residence performing and broadcasting regularly in state-of-the-art venues. Canadian composers are frequent guest artists with these groups – why doesn’t Toronto have something like this? 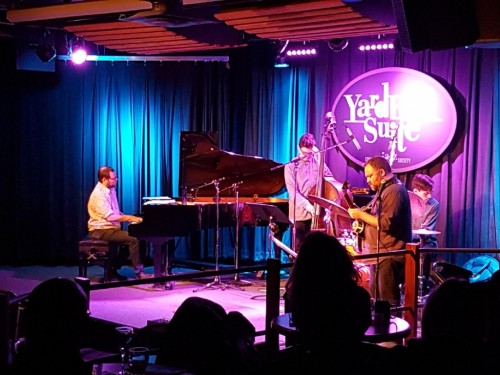 We needn’t look as far away as Europe though. Let us consider Edmonton, which for 60 years now has had the Yardbird Suite, entirely run by volunteers from the city’s jazz society. It’s easily the best jazz club in Canada and recently received a much-needed renovation, courtesy of the Alberta Heritage fund. Yes, that’s right, government money being poured into jazz. The recently and lamentably departed Tommy Banks, an Edmonton cultural icon and senator, likely had much to do with this, but that only demonstrates what political support of jazz can achieve. If a smaller and more isolated city like Edmonton has this, why can’t Toronto? What’s our excuse?

My advocacy for a full-time jazz performance centre is not intended to take anything away from other Toronto jazz institutions such as The Rex, Jazz Bistro, Home Smith Bar, JPEC, or JAZZ.FM. Their contributions are all laudable and essential – it’s just that Toronto jazz could use more of a central home which could work hand-in-hand with these other sites and organizations.

Such a centre would not only require political support, but that the Toronto jazz community mobilize itself and get organized. So if all you hardcore jazz fans – and I know you’re out there – want to know what you can do, try writing a letter to your local representative urging greater support for jazz. Or the next time you’re in a club that doesn’t have a cover charge for the music, suggest to the management that they institute one so the band could be paid better. I know it sounds crazy, but it might just work. For years now, Toronto has in its heart of hearts wanted to be New York. Well, New York has Lincoln Center and Toronto has nothing of the kind; New York also has citizens who know that jazz costs money. Coincidence? I think not.

If any of this sounds bitter or querulous, it’s not. I’m not personally bitter because I’m 61 and have been playing jazz successfully for over 40 years, with just about everybody imaginable. I’ve had my innings; it’s the future of jazz and young musicians I’m speaking on behalf of. This may seem like a longshot jazz fantasy but we have to start somewhere, perhaps with just the articulation of this simple wish and idea. Besides, as the old song asks, I can dream, can’t I?