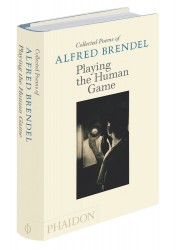 by Alfred Brendel with Richard Stokes

• IT HAS BEEN three years since pianist Alfred Brendel retired from the concert stage. That’s why, when he appeared at Koerner Hall last fall, it was to give a lecture, not a piano recital. But in fact Brendel has been sharing his thoughts about music throughout his performing career, not just in lectures, but in essays and poetry as well.

Now he has collected his poems into this handsome volume. In it, each poem is printed with the original German on one page and Brendel’s own translation, made with the assistance of Richard Stokes, on the facing page. Artworks from his personal collection are reproduced throughout, providing yet another glimpse into his aesthetic world.

Not surprisingly, musical references appear frequently in these incisive, witty and evocative poems. From the title of the collection Playing the Human Game, to chapter-headings like Masks and Music, Situations and Concepts, and Reflection and Chimera, Brendel uses vivid images that range all the way from the numinous – he has a whole section on angels – down to the mundane. For me, these poems are at their most moving when they draw the sensual and the divine together, as when Brendel writes,

to patter along the pedals

The smell of this felt

Over a distance of miles

we set about the hammers

exploiting them to build our nests

then we nibble at the dampers

until they stop damping

What’s the point of dampers anyway

With every breath of air

embellished by our faint whistling 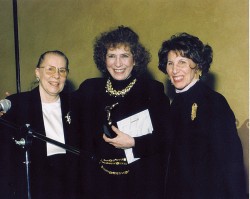 Not new, but timely: Joan Dornemann will be coming to Toronto in early May to give coaching sessions for the International Resource Centre for Performing Artists, as part of their Opera Week. Dornemann is best known as a coach and prompter at the Metropolitan Opera. But she has also written an invaluable book, Complete Preparation: A Guide to Auditioning for Opera. In the twenty years since it was published, it hasn’t been bettered. In spite of the title, it deals with far more than auditioning. Dornemann covers every aspect of preparing for an opera role, from technique to interpretation, providing detailed practical advice for coaches, accompanists, conductors, directors, teachers and managers. At the same time, she offers an inspiring validation of the dedicated work required to make a career in opera.

Dornemann will be coaching singers May 7–9 at the Toronto Centre for the Arts, 5040 Yonge St. Tickets for observers are $20 at the door.