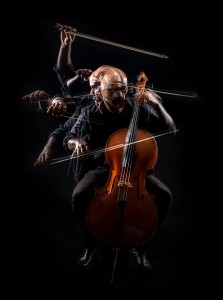 Now entering its 50th season, New Music Concerts is a vital and central part of Toronto’s new music scene and has been providing a leadership role in the community throughout its history. Founded by internationally-acclaimed Canadian musicians Robert Aitken and Norma Beecroft, NMC presented its first concert in January 1972 with guest composer/conductor Luciano Berio. Since that time NMC has commissioned hundreds of new works, and has brought countless historically important compositions to thousands of listeners through meticulous performances by Toronto’s top musicians, most often with the participation of the composers. NMC is known throughout the world as the pre-eminent new music organization of our country. Composers from around the world know that if their work is performed in Canada by NMC, then the performance will not only be outstanding, but probably definitive.

NMC is internationally renowned and unique in Toronto as the foremost champion of contemporary works for large chamber ensembles. After 50 years under the artistic direction of Robert Aitken, we are embarking on a transition to our new, innovative artistic director, composer, and conductor, Brian Current.