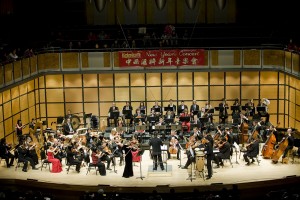 The Li Delun Music Foundation was established in 2002 in Toronto as a non-profit organization dedicated to the promotion of cultural exchange between the East and the West through musical events. Named after the renowned Chinese conductor Li Delun, who founded the first symphony orchestra in the People’s Republic of China, the foundation is now well-known in the community as a presenter of high-quality musical events such as the annual “East Meets West New Years Concert” at the Toronto Centre for the Arts each year, and recitals by acclaimed musicians. Aside from forming the Toronto Festival Orchestra, which gives talented young aspiring musicians a chance to work alongside seasoned professionals, the foundation also provides a platform for young up-and-coming soloists to play on the concert hall stage, accompanied by a professional orchestra in front of a live appreciative audience.