Welcome to The WholeNote’s 22nd annual Blue Pages directory of our region’s music makers. It’s been a bumpy ride getting to this point, and we hope you’ll enjoy perusing the profiles that follow, submitted both by presenters who are forging ahead with pandemically appropriate plans for 2021-22, or whose detailed plans are still uncertain.

Thanks to all those who have once again opted in with a WholeNote membership and profile: for your faith in and support for what we do; and for having faith in yourselves, finding the resilience needed to move forward in these very uncertain times.

And thanks to you, our readers, in print, and online at kiosk.thewholenote.com.

Profiles will be kept up-to-date online here, as new ones arrive or more information is available.

For information on the benefits of a WholeNote membership (of which a Blue Pages profile is a feature), please contact Karen Ages at karen@thewholenote.com or 416-323-2232 x26.

Agence Station bleue is one of the most important artists agencies in Canada in classical, jazz and global music. We are active in all the Canadian provinces, and in the United States, Europe and Asia.

With its unique expertise and know-how, Station bleue has, over the years, become a model of commitment to the artists' management and promotion of performing arts in Canada. 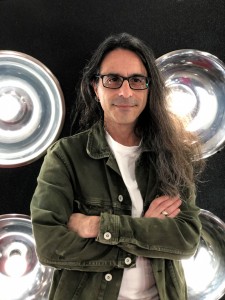 For the past 25+ years, Eric Alper has been at the forefront of the Canadian entertainment industry – making the ‘Public’ in Public Relations his business. His enthusiasm, encyclopedic knowledge of the past and present have made him the go-to music in Canada. He is also host of one of the top-rated SiriusXM shows “ThatEricAlper”. With over one million followers, friends and connections across his social media platforms, it’s clear to understand why he has been named a “must follow” by Billboard, Paste and National Post among others. He has been a six-time nominee for Publicist of the Year during Canadian Music Week, and a 19-time JUNO Award winner overseeing PR campaigns.

Glionna Mansell Corporation is a music marketing agency, Allen Organ dealer and concert producer in the organ and choral performance genre. The company is an active supporter/promoter of emerging artistic talent alongside experienced world-stage performers. The activities and entities operating under the Glionna Mansell banner include: ORGANIX CONCERTS, Allen Organ Company in Ontario and Eastern Provinces, and touring/concert choir MOSAIC Canadian Vocal Ensemble. Gordon Mansell is music director and titular organist at Our Lady of Sorrows Catholic Church - Toronto. 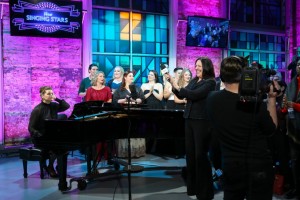 The International Resource Centre for Performing Artists (IRCPA) is a service organization for musicians providing resources needed to bridge the gap between training and employment by encounters with nationally and internationally experienced artists keeping skills sharpened while providing savvy information about the industry, how it currently functions. and who's who in the business. Resources are also offered for mid-career artists who may need to change direction. Membership is without cost. Sign-up forms are on our website. Paid public performances are live-streamed and can be used as auditions.

The IRCPA continues to advocate for a new Centre for Musicians with practice/rehearsal studios, meeting rooms, recording studio, performance venues, office space for arts organizations such as the IRCPA. Affordable residential building for the music community is also needed in perpetuity. A community centre, for all genres of musical artists with shops, cafe/restaurant. We welcome volunteers to help with this initiative for a new centre for musicians to meet, exchange ideas, create and collaborate. A great opportunity for artists to live, work, create and perform together. 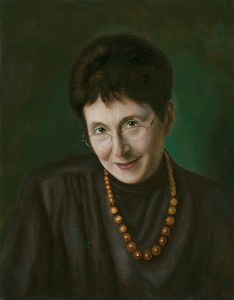 Having begun her career as a summer reporter on the Winnipeg Tribune, arts publicist Linda Litwack is a long-practised matchmaker between artists and the media. Her services include various forms of writing and editing - from media releases and bios to radio spots, online postings and CD booklets - working with designers, photographers and other professionals, and, of course, liaising with the media.

In addition to media, music and other contact lists, she maintains a list of friends, usually offering discounts for special events. Since leaving CBC publicity (20 years in radio and three in TV), she has collaborated with numerous creative people on intriguing projects, mostly in classical music but also in theatre, TV documentaries, books and the visual arts. Longtime clients have included Show One Productions, pianist Christina Petrowska Quilico, and the Upper Canada Choristers. Linda chaired the Program Committee of the historic Toronto Jewish Folk Choir for a number of years and ran the choir in its final seasons. She is also a board member of the International Resource Centre for Performing Artists. 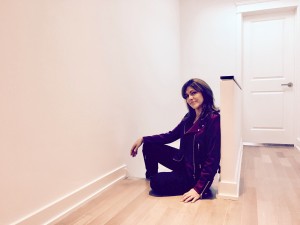 Luisa Trisi’s lifelong love of arts and culture led her to launch Big Picture Communications in 2000. Passionate about community and creativity, she thrives on connecting people and ideas. Luisa provides an array of strategic communications services including writing, content creation, editorial planning, and media relations for a broad range of individual clients and cultural organizations.

Throughout her 20-plus years of experience, Luisa has established an extensive network of industry contacts. She has worked with many of North America’s leading figures in classical music, dance, and theatre to curate panel discussions, develop content, and produce publicity campaigns related to major arts hubs, cultural initiatives, national festivals, and conferences.

Prior to launching Big Picture Communications, Luisa held positions with the Toronto Symphony Orchestra, Dance Umbrella of Ontario, and Theatre Columbus. As director of communications and instructor at Ryerson Theatre School for almost a decade, Luisa designed and taught entrepreneurship courses to students pursuing Bachelor of Fine Arts degrees.