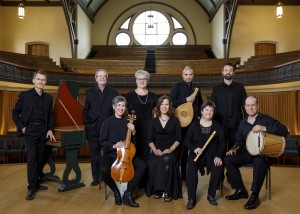 The Toronto Consort is Canada’s leading ensemble, specializing in the music of the Middle Ages, Renaissance and early Baroque. Led by a collective of artistic associates, ten of Canada’s leading early music specialists, the Consort presents a main stage concert series at the beautiful Trinity-St. Paul’s Centre, located in the Annex. The Consort has toured extensively and has recorded music for film and television, including the hit television series "The Tudors and The Borgias", and is releasing its 15th CD recording in Autumn 2019: Frescobaldi and the Glories of Rome.