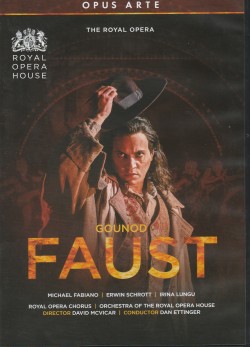 The Faust legend and the idea of man bargaining with the devil has always fascinated artists, writers and composers. Goethe’s metaphysical play inspired Berlioz, Liszt, Wagner and Busoni towards various musical forms, but Gounod’s opera became so beloved and successful that for 150 years it never left the stage in France and even in England where it became Queen Victoria’s favourite opera. So it’s no surprise the ROH would create a lavish, over-the-top and “theatrically exuberant” new production in the hands of their star director, David McVicar. The original German medieval tale is catapulted into the French Second Empire, in fact into Gounod’s lifetime with opulent sets and costumes. A real extravaganza.

The adaptation had some interesting, albeit questionable, features such as the beautiful village waltz in the second act turned into a wild, frantic cabaret can-can and the famous ballet later in the fourth act seen as a horrifying, infernal nightmare that I am sure Gounod never intended. Musically however we are amply compensated with a superb cast, chorus and orchestra. With brisk tempi, young and energetic conductor Dan Ettinger is thoroughly engaged with full control of the score.

American tenor Michael Fabiano (whose debut disc I reviewed here in November 2019) as Faust has some difficulties acting as a decrepit old man, but quickly becomes a dashing young lover with a voice to match. Particularly his third act Cavatina, Salut, demeure chaste et pure is wonderfully sung with the concluding high C almost ethereal. With Russian soprano Irina Lungu (Marguerite) they make a wonderful couple and their love duet is sheer delight. Mephisto, the devil, a rather youngish Uruguayan powerful bass-baritone, Erwin Schrott, is very friendly and debonair in the first half of the opera, but gradually turns dark and menacing as the action descends into a terrible tragedy. Interesting and thought-provoking, this new production is a visual delight. 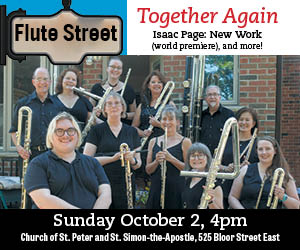