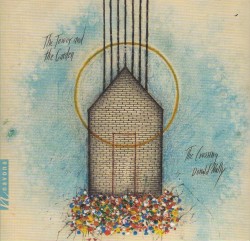 The Tower and the Garden
The Crossing; Donald Nally
Navona Records NV6303 (crossingchoir.org)

American professional chamber choir The Crossing, conducted by Donald Nally, is a multi-Grammy-winning ensemble dedicated to new music, collaboration and modern day social, spiritual, environmental and cultural issues. In these two recordings, they perform recent works with in-depth understanding of the music and issues the composers explore. 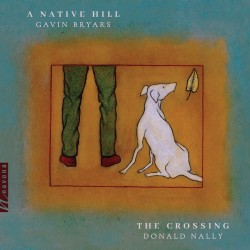 A Native Hill (first complete performance 2019) is a 12-movement work for 24-member a cappella choir with minimal keyboard parts, composed by Gavin Bryars as a gift to The Crossing. A follow-up to his Grammy Award-winning work composed for them, it is based on the 1968 essay of the same name by American author and activist/environmentalist Wendell Berry about his rural life existence.

Bryars’ understanding of The Crossing’s talents makes this over-one-hour monumental composition amazing in content, musicality and choral sounds. Mostly tonal, each movement has a nature-based name. Highlights include Sea Level where the wave motion can be heard in longer, full harmonic notes and dynamic swells. More water music in The Music of Streams with slower occasional sudden swells and subtle atonalities. The shorter The Hill has answering between vocal groups and a suspenseful drone. Clever use of choral whistles and hums in Animals and Birds. At Peace is a dramatic change in sonic pace with the opening featuring each choir member singing their own note to create a 24-voice cluster followed by touches of romanticism, atonalities and tonal harmonies building dramatically to close the work.

Conductor Donald Nally is brilliant leading The Crossing from musical subtleties to complexities. The Crossing’s performances illuminate their expansive musical artistry. Production is clear and detailed. Both these discs are highly recommended!