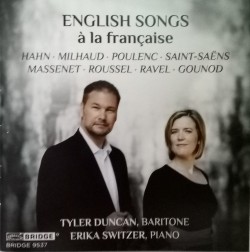 Duncan and Switzer deserve a “bilingual” standing ovation for their tight duo musicianship and colourful interpretations of these one-of-a kind art songs.