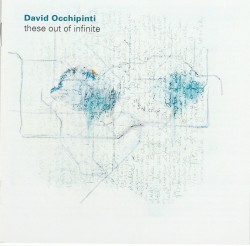 Eclectic musical genius, composer and guitarist, David Occhipinti has released a new project that is the culmination of his life (and musical) experiences – a journey that has afforded him an “overview” of our little blue planet, and led to a perception of the “one-ness” of humanity, and also of our diverse and fascinating artistic expressions. This enlightened POV enables Occhipinti to freely imbibe of a musical smorgasbord (classical, jazz, new music, haute cabaret and art songs) without particular concerns about boundaries or potential cultural collisions. All of the music here (which is formatted into “Suites”) has been composed by Occhipinti, and informed by his artistry and particular inclusive view.

First up is Three Emilys for Solo Voice, which features the gorgeous, super-human vocal instrument of Mingjia Chen in a largely a cappella exploration, propelled by text from the pens of Emily Carr, Emily Dickinson and Emily Brontë. Carla Huhtanen is the soprano in Cubist Cummings, the third movement of which, the mystery of stillness, is chilling in its compartmentalization and use of vox nudus with harp (Erica Goodman) and marimba (Beverley Johnston), to create a stark landscape reeking of alienation.

Of unsurpassed beauty is Three Songs from James Joyce – which was developed from a set of poems found in a copy of Chamber Music discovered by Occhipinti in a London book store, and is perhaps the most evocative suite on the recording. Sung by Robin Dann, the spellbinding group of support musicians, including Occhipinti on guitar, bassist Andrew Downing, cellist David Hetherington and bassoonist Nadina Mackie Jackson among other Toronto greats, invigorate these complex, dark, Celtic-inspired pieces into being. The closing collection, Three Songs for Children’s Chorus, was originally composed for and is sung here by the Cookie Choir. It perfectly parenthesizes this remarkable recording, rife with hope and the consciousness-altering music of David Occhipinti.