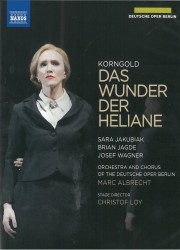 The longest, most voluptuously scored of Korngold’s five operas makes its overdue DVD debut. Korngold considered it his masterpiece, brimming with radiant, rapturous melodies in the distinctive style that would later sustain him during the Nazi years in his new home – and career – in Hollywood.

In Hans Müller-Einigen’s allegorical libretto, the brutal Ruler of a mythical realm, scorned by his wife Heliane, condemns a charismatic Stranger to death. Heliane visits the imprisoned Stranger, offering solace and, at his pleading, baring her body. The Ruler, intruding, accuses her of adultery. At her trial, the Stranger commits suicide, but before Heliane can be executed, he miraculously comes back to life (the “Wunder” of the title). The Ruler kills Heliane, but she and the Stranger enter heaven together. 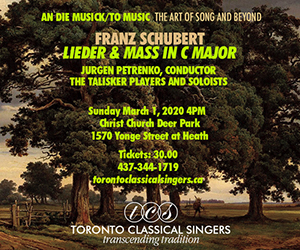