Richard North, the California-based gamelan musician and lecturer at UC Santa Barbara, has been studying, teaching and performing gamelan music and related arts since 1972. This passion has taken him from Sundanese villages in highland West Java to the coastal palaces of the Sultans of Cirebon on the island of Java. Recognized today as an authority on the musical traditions of the ancient kingdom of Cirebon, North has called it “an ancient spiritual centre [where] all of the arts radiate a wonderful vitality and energy.” His contributions to the preservation, transmission and development of Cirebonese gamelan music have not gone unappreciated – they have been rewarded by both Cirebon’s royal palace and the Indonesian government.

Back home in Santa Barbara, North has directed the community group Gamelan Sinar Surya since 2002. The group plays two complete gamelan orchestras. The prawa set (in a 5-tone tuning without semitones) plays gamelan repertoires of Cirebon, Sunda and Malaysia. The pelog set (in a 7-tone tuning with semitones) plays pelog gamelan musics of Cirebon, as well as Sundanese degung klasik music which typically uses instruments tuned to a 5-tone subset of pelog. The three CDs in this review are a record of Gamelan Sinar Surya’s dedication to the study and performance of a repertoire rarely heard outside its Cirebon homeland. 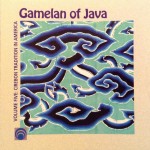 Released nine years ago, Gamelan of Java, Vol. 5: Cirebon Tradition in America was a 2010 landmark: the first commercial recording by an American group of examples of five traditional gamelan genres practised in Cirebon. It gave non-insiders a tantalizing taste of the aristocratic and ritual music of this rich 500-year-old musical culture. This is music on a more intimate scale than the larger and better-known gamelans of Southcentral Java and Bali.

My favourite track is Pacul Goang (Chipped Rice Hoe), characterized at first by the gentle musical ambiance I associate with gamelan Cirebon performance, which then turns fast, fiery and dense in texture. Its atmospheric hallmarks include the dynamic playing of the kendang and larger bedhug (drums), the characteristically sweet suling (bamboo flute) melodic riffs in the soft sections, and the upbeat alok vocalizations of the musicians imbuing life to the instrumentals in the animated fast section.

Gamelan Music of Cirebon, Indonesia (2015) is the second volume in the series. Gamelan Sinar Surya plays nine pieces on gamelan pelog and gamelan prawa. Standouts for me are the performances of the endangered ritual genres, the joyous gong renteng, magic-imbued denggung and ancient sacred gong sekati, genres happily experiencing a very recent revival. 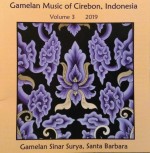 The liner notes relate that “To tell a Cirebon musician that their playing is ‘leres,’ or correct, is faint praise. A true compliment is to say that their music is ‘urip’ – alive!” The special spirit and sound of the instrumental music of Cirebon is very much alive on these albums. 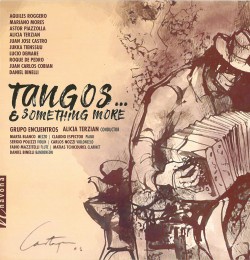 Listeners wishing to hear the tango evolution will applaud the new works. Finnish composer Tiensuu’s Tango lunar (1989) travels to the new music outer space, as tango lines sound against more electroacoustic washes, soundscapes, squeaks, use of spoken world and mezzo a cappella closing. Terzian’s Argentino Hasta La Muerte has the opening bandoneon and mezzo swells, rubatos and accented notes so tight that it is hard to tell what the lead line is. Her Un Argentino de Vuelta is played with intensity and subtleties, including bandoneon vibrato and fast runs, flute interlude, clarinet repeated-note rhythms, quasi jazzy/Romantic-style piano solo and faster tango section. In his duet, Llamado de Tambores, composer/bandoneonist Daniel Binelli, with the mezzo vocalist Marta Blanco, tells a tango story with effects and emotional flourishes.

All seven performers are great tango interpreters able to change with the tango’s decades-long developments. Wish there were English translations for the words. There is a bit of something for every tango taste to enjoy and explore. 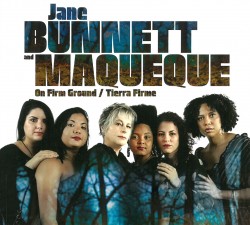 Jane Bunnett and the all-female collective Maqueque, return for their eagerly anticipated third release. In the less than two years since their previous recording, Oddara (see my December 2016 WholeNote review), the group has been touring internationally, with visits to Colombia, Brazil, Panama and Cuba, as well as to American jazz festivals, plus the Lincoln Center. And it shows.

Their third recording – a testament to hard work, virtuosity and great chemistry – showcases 12 new compositions including three by award-winning soprano saxophonist/flutist Bunnett, plus contributions by each band member. The upbeat opener, La Linea, features an imaginative arrangement with flute doubling saxophone, amidst powerful contrapuntal vocal lines and choruses. The rhythm section is outstanding, fuelled by percussionist Mary Paz and drummer Yissy Garcia. The aptly titled Momentum, by co-producer Larry Cramer, takes off at a breakneck pace with piccolo doubling the flute melody over the percussion section. Bunnett then launches into a magnificent flute solo which leads the group into a unison vocal line and chorus to take the piece to its exciting conclusion. Sky High showcases a soaring flute and vocal melody, and a McCoy Tyner-influenced piano solo by Danae Olano.

Special mention goes to Tailín Marrero for her stunning composition, Musica en el Alma, a sonic celebration of the exhilaration and joy of playing together. There is much to admire and inspire on this recording. For Maqueque, it seems that the sky is certainly not the limit! 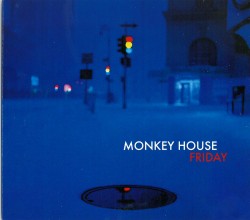 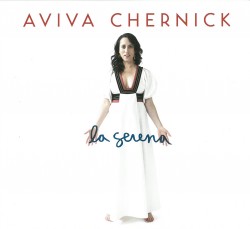 A deep bond with another can lead to unexpected journeys in one’s life. Such was the case for singer Aviva Chernick, who began extensive studies of the Balkan Judeo-Spanish repertoire after meeting Flory Jagoda, known as the keeper of the Balkan Ladino tradition. La Serena is, in a way, an homage to Flory, Aviva’s beloved mentor and teacher, but also an intimate story of the longing for one’s homeland and tradition that is slowly disappearing.

Ten songs, some traditional Sephardic folk melodies and some Jagoda originals, are all arranged by Chernick and her main musical collaborators on this album, guitarist Joel Schwartz and bassist Justin Gray, in a way that brings forward the intimacy and immediacy of each tune. Mostly sung in Ladino (with some additional text in English), the lyrics are captivating and touching. Chernick’s vocals are pure in expression and unencumbered of any particular tradition or style.

The album opens with A Ti, Espanya, a simple and bright original tune by Jagoda, which conveys the love for homeland that is no more. Min Hameitzar, written by Chernick and Gray, has a mystical energy and wonderfully galloping percussion elements. La Serena, the central piece on the album, is a stunning heartfelt tune that seduces with its pure vocal expression. Esta Montanya de Enfrente features longing guitar lines emphasizing the beauty of both the melody and poetic lyrics.

A wonderful collection of meaningful tunes that will leave your heart longing for more.

Listen to 'La Serena' Now in the Listening Room 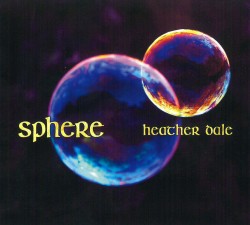 Listen to 'Sphere' Now in the Listening Room