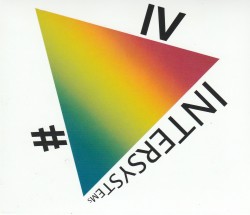 Over 50 years since their last release, Intersystems return like a spectral transmission from the original psychedelic era. In the late 1960s, the Toronto multi-disciplinary art collective dedicated themselves to replicating hallucinogenic experiences. Architect Dik Zander, light sculptor Michael Hayden, poet Blake Parker and electronic musician John Mills-Cockell (known for his work with the bands Syrinx, Kensington Market and decades of soundtrack composition) constructed immersive installations aiming to overload each of the five senses.

Intersystems’ trilogy of late 60s albums (Number One, Peachy and Free Psychedelic Poster Inside) have become canonized experimental classics, reissued as a lavish box set by Italian label Alga Marghen in 2015. The archival efforts of compiling this collection – alongside accompanying reissues of Syrinx and Mills-Cockell’s solo work – lit a spark of inspiration as Intersystems’ surviving members reunited for a new studio project. With the new album #IV, and its accompanying CD-only EP Unfinished World, they expand their legacy as luminaries of the Canadian avant-garde.

In a series of sessions at Hamilton’s famed Grant Avenue Studio, Hayden and Mills-Cockell conducted an electronic séance. Though Parker sadly passed away in 2007, they rendered the words of his poems with computerized vocalizations, drawing listeners into an uncanny valley. At times, these spookily lifelike voices take a cue from Parker’s deadpan delivery on Intersystems’ original albums. Elsewhere, their warped robotic gurgles sound like a sinister Max Headroom clone.

Mills-Cockell runs wild across a playground of vintage Moogs and Mellotrons, conjuring a vast expanse of effects. The sparse ambience of Revelation of the Birds casts an otherworldly glow over Parker’s surrealist poetry about avian conversation topics. In the two parts of Sonny Abilene, the narrator’s agitated delivery of nightmarish imagery combined with looping minor-key melodies is reminiscent of minimal wave outsider John Bender.

The album concludes on an ominous note of acceptance with The End of the World, as swirling arpeggios drift across 12 minutes of dystopian poetry. In Parker’s vision of the apocalypse, human skins peel off like snakes, while bodies ascend into heaven on electric light. As Mills-Cockell once said, “If it wasn’t disturbing and profoundly weird, it wouldn’t be Intersystems.”