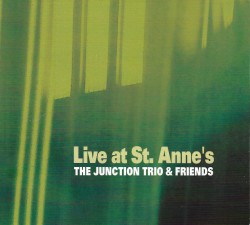 This latest CD from the Urban Flute Project is a compilation of 20 performances recorded live over the first ten years of the Music at St. Anne’s concert series. That makes it more than just a CD; it is a “remembrance of things past,” a chronicle of a time and a place when a loosely knit band of musicians listened to the impulse to bring music to life – yes, to make it live but also, as documented in the listings in The WholeNote over the course of that decade, to bring it to the life of their community. For this they received very little money and only a modicum of fame, as many in the community do. Music at St. Anne’s was the musical equivalent of what British theatre and film director Peter Brook called – in his book The Empty Space – “Holy Theatre...the theatre of the invisible-made-visible.”

The CD brings all this to life, with unvarnished live performances which, maybe just because they are unedited and un-doctored, make those moments in lost time immediate and all the more precious because they are gone. The names of over 20 musicians are listed, and many more unnamed were involved because there are performances by three choirs. The range of music is vast, from a motet by Thomas Tallis to improvisations involving both conventional instruments and secondhand pots and pans which produce the most magical sounds, and something of everything in between.

This CD is like a slice of The WholeNote made audible, and a testament to our need for art in life.