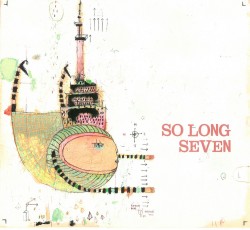 There is such a positive glowing musical force driving the sound. Each performer is a star when soloing and improvising. Great production values add a live off-the-floor ambiance. Brilliant original songwriting creates a unique band sound. Yet the group’s real strength lies in each member’s ability to share and understand the importance of close ensemble listening and the intricacies of musical interplay. So Long Seven is a release that absolutely every music aficionado needs to hear over and over and over again!