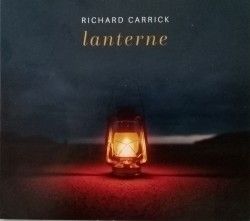 Four additional works and other great performers complete this Carrick collection of beautiful intimate sounds to appreciate even in pandemic isolation! 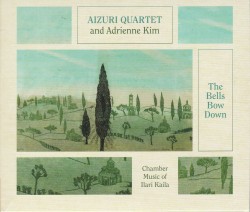 This well-conceived and well-crafted recording is a magnificent presentation of works by Finnish-American contemporary classical and theatrical composer, Ilari Kaila. Produced by Kaila and Silas Brown, the album features his noted single-movement piano quartet, The Bells Bow Down (Kellojen kumarrus) In Memorium Hanna Sarvala, the five-movement Taonta and four other works. The interpreters of this challenging music are the internationally regarded, multiple award-winning Aizuri Quartet, which includes Ariana Kim and Miho Saegusa, violins; Ayane Kozasa, viola; and Karen Ouzounian, cello. Also joining the stellar cast are the luminous pianist, Adrienne Kim; and flutist, Isabel Gleicher.

The title track is constructed out of non-corporeal gossamer light and sonorous strings, which wrap themselves lovingly around the heart of the listener. The grief, pain and loss contained in this work are palpable. Pianist Kim enters with elemental, percussive chords, bringing to mind tolling church bells, as she wends her way through the turgid waters of raw emotion. The majesty of this composition demands complete commitment, bravery and technical skill from all of the artists involved, which it receives in spades.

The nearly unbearable beauty of Hum and Drum’s Philip Glass-like repetitive themes easily floats the listener into a trance-like state and Wisteria seems to speak to loneliness and isolation, and perhaps the long winter of the Norse soul. Kaila’s Taonta is also a triumph for the pianist, and one cannot imagine a truer manifestation of the composer’s intent. A modern masterpiece. 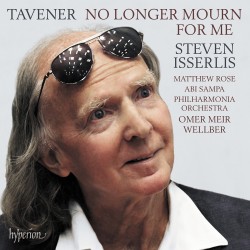 Some albums follow a linear and straightforward path through their conception, recording and release, while others take many years of behind-the-scenes planning and work before finally reaching a listening audience. Tavener: No longer mourn for me falls into this latter category, starting its gestation as cellist Steven Isserlis’ own passion project in 2013, thrown into disarray by Tavener’s death later that year and, after a long and labyrinthine journey, eventually unveiled seven years later, in October 2020.

As is the case with much of Tavener’s output, many of the works on this disc defy strict categorization, a reflection of the composer’s numerous and eclectic influences including the Orthodox Church, the Anglican Cathedral tradition, Catholicism, Islam, Tolstoy and Shakespeare. The two principal tracks, The death of Ivan Ilyich and Mahámátar, are fascinating and stunningly beautiful cross-cultural experiences: in Ivan Ilyich, Tolstoy’s text (sung in English by bass Matthew Rose) draws on Tavener’s influences to form a uniquely dramatic work resembling a one-act opera; Mahámátar features Sufi singer Abi Sampa, along with Isserlis and the Trinity Boys Choir, in a magnificent exploration of East-meets-West through Tavener’s eyes and ears.

The remaining works on No longer mourn for me are, although smaller in scale and performing forces, no less impressive, either from a compositional or interpretive perspective. Of particular interest are the two arrangements for eight-cello ensemble: Shakespeare’s Sonnet LXXI, No longer mourn for me; and the Preces and Responses, a sublime setting of the prayers traditionally sung at the Anglican service of Evensong, originally composed for choir.

John Tavener’s lengthy and highly regarded career resulted in an extraordinary range of material, as varied as the composer’s influences and inspirations. Although only a portion of his late works is represented on No longer mourn for me, their depth and breadth serve both as an introduction for those previously unfamiliar with Tavener, as well as a point of exploration and discovery for those seeking to delve deeper into this great composer’s eclectic and evocative style. 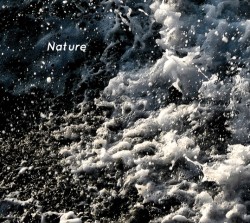 Fie Schouten makes the bass clarinet ring with a gorgeous sound. Nature is a collection of contemporary pieces that refer to our environment. They’re cleverly ordered, drawing attention first to the earth and sea, to the sky, and finally to the moon and stars.

Jonathan Harvey’s Cirrus Light is juxtaposed with Abîme des oiseaux, from Messiaen’s Quatuor pour la fin du temps. Harvey’s piece, which is played on soprano clarinet, was written in the final year of the composer’s life, and sounds almost like an homage to the Messiaen. Schouten elects to present the Messiaen on basset horn, bringing more Abyss and less Bird to the performance. This is not all a bad thing: at a perfect fourth below the original pitch, desolation is powerfully rendered by the lower voice. Some of the sustained crescendi are marred by unintended timbre alterations, and I think the bird calls are more brilliant on the soprano instrument. Although it’s a fine rendering, on balance, I prefer the original.

Oi Kuu, by Kaija Saariaho, is a duo for bass clarinet and cello that references the moon. It’s beautiful. George Aperghis’ Façade-Trio is also stunning. Written for two bass clarinets and percussion, it sounds like a dialogue of mad twins: two enraged geese, perhaps, arguing by the abyss. The extremely recent (August 2020) Mankind ReMix by Michael Finnissy is another solo bass clarinet piece, right in Schouten’s wheelhouse: singing tone and powerful expression.

Listen to 'Nature' Now in the Listening Room 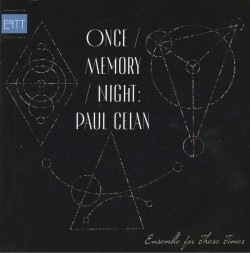 Listen to 'Once/Memory/Night: Paul Celan' Now in the Listening Room 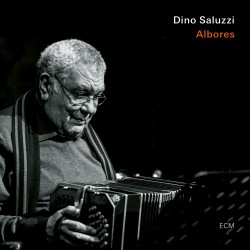 Albores – meaning “daybreak” – is Argentinian bandoneonist/composer Dino Saluzzi’s first solo album in decades. Born in 1935, Saluzzi is renowned for his performances with his family band and orchestra, other ensembles and orchestras, and work with many jazz musicians such as Charlie Haden and Gato Barbieri. Here Saluzzi plays nine of his compositions on solo bandoneon, an accordion-like instrument popular in Argentinian folk music and tangos. Even though Saluzzi uses tango references, he also develops other styles in this emotional, storytelling music chronicling his life and musical adventures.

Throughout, Saluzzi performs on bandoneon with detailed personal musicality, conviction, dedication and thorough technical understanding. His compositional reflections awaken a lifetime of countless feelings from happiness to grief in his own personal sound.