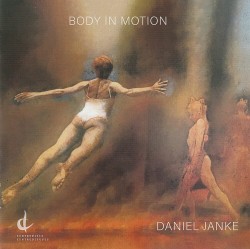 Canadian composer/musician/filmmaker/media artist Daniel Janke is a respected musical creator in various artistic environs/genres. Edmonton-born, he grew up in Ontario and is now based in Whitehorse, Yukon spending time in Montreal and Berlin. Some compositions from his dancers/choreographer collaborations are featured here.