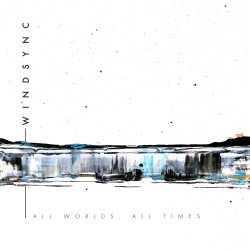 It’s not every day woodwind quintet music will make you want to get up and dance. Seize this disc and the day, says me. Opening things, Theia from Apollo by Marc Mellits, almost literally bops from the get-go. The piece is moon-themed – modern and ancient references abound – but mostly it all feels like a set list of a really good and interesting dance band. If rhythm is their strong suit, pitch is not. The second movement, Sea of Tranquility, opens with intonation issues so glaring one is left wondering whether it’s intentionally spectral, but I doubt it. It’s a flaw that could have been addressed prior to releasing the recording. Chords do not settle, unisons clash. But carping aside, the music itself is just so darned chipper. The finale, Moonwalk, scoots along; if this was the pace those first moonwalkers took, I’m an Olympic sprinter. Toe-tapping fun.

Composer and percussionist Ivan Trevino joins the ensemble for his Song Book Vol.3, and the dancing just gets better. The titles refer to singer-songwriters: St. Annie (St. Vincent) is really sweet. Byrne (David) captures that enigmatic manchild’s spirit. Jónsi (Birgisson, of Sigur Rós from Iceland) is better than the original, and Thom (Yorke) is, of course, the coolest.

Miguel del Aguila’s Wind Quintet No.2 matches the character of the rest of the disc, but it has less depth and seems more gimmicky. It’s nice to hear the voices of the instrumentalists chant alongside the flute melody in Back in Time, the first movement. (They sing in tune!)