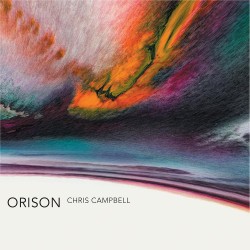 An orison is a type of prayer, perhaps better described as a plea. Maybe Chris Campbell is asking for relief, or faith in the future, as are many of us. He makes this plea by means of Orison, a chamber work for strings, piano, and percussion, 14 players in all, named but not designated by instrument. Track titles directly refer to one another. Movements three and five, for example, are Ten Thousand Streams (Forward Motion), and Ten Thousand Streams (Retrograde); the second movement is Rotating Light Mirrors the Water, the sixth, Rotating Hymns. The first movement, Parallels, Threading Light, finds an answer in the last, Ground Calls Out to Sky (an implied parallel?). The central movement, perhaps a mirroring plane, is Streams to Source, Object to Origin.

Arvo Pärt comes to mind in the early going of Parallels, but he and the consonant, pleading intervals disappear into turmoil and opaque dissonance. Piano lines emerging from this seem improvisatory, and here as elsewhere the recording values seem hell bent on saturation. It isn’t easy to stay with, especially at a higher volume. The storm passes, as storms do, and a segue leads into the calmer second track, and middle voices expressing again those chant-like parallel intervals. The tracks run together, many times introduced by a manic drum kit.

It’s difficult to puzzle out the structure; I take it on faith that there is one. The drum kit passages drive impetuously through the often otherwise wandering sound-cloud formations. Colours and textures recur, in patterns not immediately apparent. Is this a masterpiece? I’m not prepared to say yes or no. I do give benefit of the doubt to Campbell. 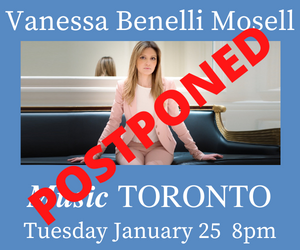