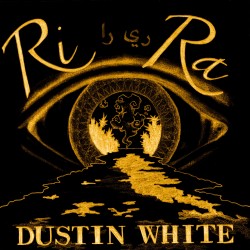 Early-career West Virginia flutist Dustin White has made a name exploring flutecentred intersections of Western contemporary art and Middle Eastern musics. His debut solo album, Ri Ra, treads that path; featuring seven solo works from the last 18 years for C, alto and bass flutes Montreal’s Katia Makdissi-Warren is however no mere coincidence. She is the founding artistic director of Oktoécho, an ensemble specializing in the fusion of Middle Eastern and Western musical idioms, right in line with the album’s theme.

Most of the works chosen for were winners of a 2020 open call for scores which sought compositions by composers of Middle-Eastern descent, or music inspired by Middle-Eastern themes. White’s masterful command of the Western concert metal flute enables him to evoke the sounds of the reed nay and shabbaba, modes outside diatonic scales and Middle-Eastern forms such as taqasim, found in Arabic improvisation.

Makdissi-Warren’s beautifully wrought flute solo Dialogue du silence is a standout. Inspired by taqasim, she eloquently highlights silence in the score. It serves to punctuate melodic phrases, as portmanteaux of transition and as echoes of preceding phrases. Dialogue du silence is both compelling as an emotional statement, as well as a rare example of an effective marriage of extended flute techniques pioneered by 20th-century Western composers and received Arabic flute and vocal performance practices. The score is eminently worthy of joining the roster of solo flute concert standards.