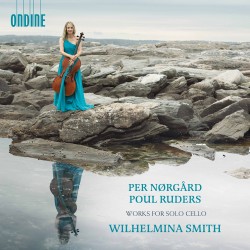 Attractively programmed in two parts, this album opens with three sonatas by Nørgård, followed by Bravourstudien, (L’homme armé Variations) by Ruders. Within the sonatas, the listener gains a chronological sense of expressive storytelling. Beloved amongst string instruments, the cello is predisposed to a masterful narrative ability, epitomizing the perfect solo instrument in a number of ways. It possesses a wide tonal and dynamic range that resonates warmly and reverberantly in multiple environments. When wielded by an expert player such as Smith, the cello can direct the most intimate modes of expression and in turn manifest a certain spaciousness, with majestic soundscapes of impressive import. It is this latter profile that proves most exceptional in Nørgård’s three sonatas; they are immediately striking with an outward sonic expanse. In this bowed string land, capacious vistas prevail. By the third work, subtitled “What - Is the Word!” we remain in awe of darkly pulsing melodies as they haunt our ears, questing after an elusive (collective) Nordic heart.

Smith then shifts seamlessly to the whimsical – even impish – soundworld of Ruders. The slightly younger composer of the twain, Ruders is a modern musical maverick; the very same might be said of Smith. 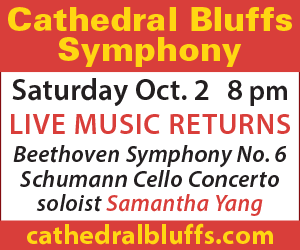