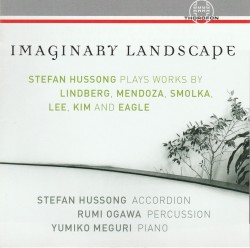 The illustrious German accordionist Stefan Hussong’s audio catalogue was launched with his audacious 1987 recording of Bach’s Goldberg Variations and has since grown to an impressive discography of some 40 albums, many of which feature his mastery of the most challenging contemporary works. This latest album opens with Magnus Lindberg’s Metal Work (1984) for percussion and accordion, originally commissioned by the pioneering Finnish accordionist Matti Rantanen. This dazzling and virtuosic work features a swiftly evolving kaleidoscopic duel to the death between the accordion and an arsenal of ten metal instruments, effortlessly dispatched by percussionist Rumi Ogawa.

Among the subsequent solo works expressly written for Stefan Hussong, one finds Elena Mendoza’s Découpé (2017), an essay derived from the Dadaist tradition of the random cutting and mashing up of fragments of text, or in this case, a random jumble of hackneyed clichés that, for my taste, went on a bit too long. Much more compelling is Martin Smolka’s intimate Lamento metodico (2000), in which strongly contrasting melodic elements are paired against each other in an expressively memorable composition. Two Canadian works are featured from the husband-and-wife team of composers Hope Lee and David Eagle. Lee’s work, Imaginary Garden V (2016), scored for accordion with Yumiko Meguri on piano, is part of an ongoing series of works under that title; this instalment features seven contrasting scenarios demonstrating an admirable stylistic diversity that kept this listener thoroughly engaged. Eagle’s innovative Refracted Tones (2016) for solo accordion involves replacing the normal reed ranks of the accordion with inserted sets of quarter-tone tuned reeds, creating an exotic, hallucinatory 24-tone octave guaranteed to bend your ears. Betwixt these two we find Heera Kim’s finely crafted The Art of Shading II (2019), which adroitly exploits the deepest registers of the accordion interspersed with percussive assaults on the instrument.

Hats off to Herr Hussong for yet another well-balanced and compellingly performed album. 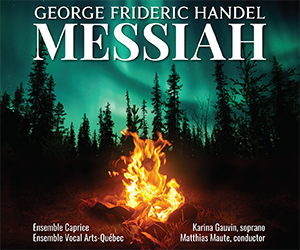