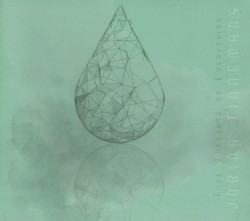 Her self-confessed “analog obsession” has enabled the Dutch-born, Wales-based composer and performer Jobina Tinnemans to produce some of the most extraordinarily eloquent music you may have heard in a long time. Five Thoughts on Everything is a unique perspective on the ecosystem of planet Earth in which humanity plays a pivotal role. The title suggests that the raison d’être for our existence is quite simple. Tinnemans’ performance on Five Thoughts on Everything brings that existential simplicity to life by weaving the piano into a series of other field recordings so exquisitely made that the mechanical aspects of the recording melt seamlessly into a whole world of ephemeral sound.

The extraterrestrial white noise of Midtone in G forms a kind of warp into which the chorale of Djúpalónsdóttir & Hellnarson is woven (by the South Iceland Chamber Choir). An interminable dance of marine life burbles in the intertwining of piano and jabbering grey seals from Pwll Deri, Wales in The Shape of Things Aquatic. Meanwhile the rhythmic arrival of roosting starlings is subsumed by deep aquatic life including the call of whales – all this in Microbioism. The sound palette of Varèsotto, Hinterland of Varèse, Tinnemans’ 2018 take on Edgard Varèse’s installation at the 1958 Brussels World Fair, returns us to a macro-view of the ecosystem that is planet Earth. It’s a disc to die for, in which Tinnemans’ universe – and ours – is described with ethereal beauty from end to end.