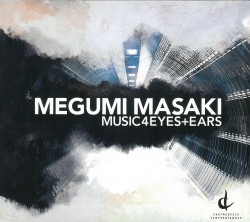 The title of this (Blu-ray+CD) package is an obvious giveaway. If you’re about to dive into its contents, then do so Blu-ray first. The reason is simple: the cover not only reads Music4Eyes+Ears, the visceral excitement of the music is also magnified exponentially by viewing Megumi Masaki perform her music on the Blu-ray. Although Keith Hamel’s Touch is the only work performed on both, its enormous impact when viewed on Blu-ray is absolute proof of the visual experience. Remember also that music was a visual experience long before the invention of recording technology. Those eager listeners who decide to jump in CD-first anyway are hardly likely to be disappointed, though.

Music4Eyes+Ears is made up of repertoire that is simply breathtaking. That has principally to do with Masaki’s pianism. Her depth of understanding of narrative is unprecedented and her ability to translate musical composition into something emotionally vivid and alive is quite extraordinary. Orpheus Drones by T. Patrick Carrabré is an evanescent work in which the legendary Greek protagonist, musician, poet and prophet is served by the closest approximation of what might be described as divine music. The follow-up, Orpheus (2), is superbly related to death and descent – the politically motivated murder of Chilean singer Victor Jara becoming its principle contemporary metaphor via Margaret Atwood’s poem.

The performance of Touch is where the worlds of eyes and ears meet. But while the music itself is statuesque and graceful, it is in the balletic performance by Masaki on the Blu-ray that it comes magically alive. The floating melody and harmony, egged on by a plethora of ethereally sounding bells (played electronically) is heightened also by the sweeping hand movements, often in the air above the keyboard, which become visual metaphors as they tell a tactile story of dancers coming together and drawing apart.

In Ferrovia, Masaki aligns her visionary performance with the ethereal conceptions of composer Brent Lee and multimedia artist Sigi Torinus. The near-impossible realities of physical and mathematical sciences collide with a human presence, around which dynamic images provoke grief-suggesting sounds. Meanwhile the powerful music of Hamel’s Corona echoes with its own intercessory, who appears in the form of a spectral Gérard Grisey. And the often-terrifying Stanley Kubrick film The Shining comes alive in Kubrick Études by Nicole Lizée, which incorporates (often glitched) clips from his films. However, throughout the discs, despair and ugliness are compellingly resolved by the beauty and hope of Masaki’s musicianship. 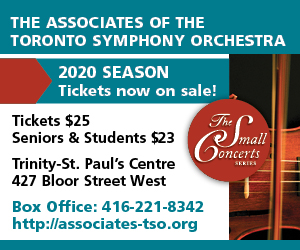