It has been my pleasure to review these fine CDs by two excellent pianists in music by one of my favourite composers, Frederic Rzewski. The People United Will Never Be Defeated is a masterpiece worthy of other major sets of variations such as the Goldberg Variations, Beethoven’s Diabelli Variations and Brahms’ Handel Variations. The work opens with a theme from Sergio Ortega’s Chilean resistance song El Pueblo Unido Jamás Será Vencido! Similar to the Goldbergs, Rzewski structured his work by grouping it as a theme plus three sets of six variations, a break, and another three sets of six variations plus a reprise of the theme, which makes six sets of six variations. However, pianist Corey Hamm performs the work as a whole instead of sectioning the music into short pieces. This creates an intense, dramatic journey and compels the listener to follow the creation of this masterpiece from the opening theme to the closing return. Hamm has a crisp, articulate touch and blazes through the virtuosic music with technical brilliance. There is a lot to admire in this performance. His sensitivity to nuance and expressive details gives the work a variety of tonal colours that is needed in a major work of an hour in length that is performed without a break. This was a mesmerizing and thoughtful performance.

Robert Satterlee is the pianist in the second CD by Rzewski. This is a collection of three works, Fantasia (1989-99) Second Hand, or Alone at Last (Six Novelettes for piano, left hand) (2005) and De Profundis, for Speaking Pianist (1992). In the composer’s own words for his second version of Fantasia “I…changed the music to obscure the tune, putting in lots of wrong notes and kind of stomping on and smudging everything.” I love composers with a sense of humor and I love this piece, which was played with elan and style by the pianist. Somehow, the wrong notes and smudging sounded just right. The works for left hand alone are a set of six virtuoso etudes written for Robert Satterlee. Rzewski writes: “I had never seriously explored its subterranean universe…I found that my left hand was capable of executing all kinds of complex maneouvers… it is in fact able to execute the most spectacular acrobatics.” I echo these sentiments in my comments about the performance. You would never imagine that only the left hand was playing. It speaks volumes to the technique of the pianist’s left hand. It is an amazing performance and the music was a revelation. These pieces should be a requirement in all music schools. De Profundis, according to Rzewski, is a “melodramatic oratorio,” with a text by Oscar Wilde from a long essay written to his lover Lord Alfred Douglas during Wilde’s imprisonment in Reading Gaol. The pianist has to recite, sing, hum, whistle, hit the body and the piano, and play a Harpo horn, all while playing exquisite music expressively. Bravo to the pianist for this heart-wrenching performance, filled with sensitive playing and an operatic and dramatic fervor. It truly was an incredible feat. 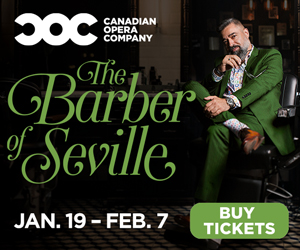