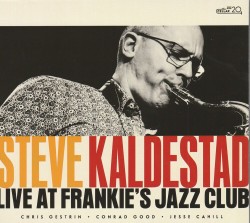 Live recordings often give the listener a bit of an extra feeling for the music, a certain je ne sais quoi that studio albums may not necessarily convey. Star saxophonist and music educator Steve Kaldestad’s newest release is, in fact, a live recording of his show at Frankie’s Jazz Club in Vancouver; the energy rolling off the band can fully be felt throughout this album. Kaldestad mentions that the whole point of this recording was to “document the renewed feeling of urgency and gratitude emanating from the quartet” while being able to play together properly after a two-year hiatus due to the pandemic. The sheer joy from musicians getting to do their thing together on stage and instruments blending with each other is truly palpable while giving this a listen.

Backed by a fantastic group of musicians, featuring Chris Gestrin on piano, Conrad Good on bass and Jesse Cahill on drums, the pieces in this live set are transported to new heights and filled with a positive energy that could penetrate even the gloomiest of mindsets. The record features a unique and captivating improvisation on a jazz classic, Con Alma, by Dizzie Gillespie; a mellow saxophone melody soars over a captivating piano and bass line. Among the stellar collection of pieces, Kaldestad’s own Equestrian Interlude stands out as well, a rhythmically groovy tune that gets your head bopping right along. A great addition to any jazz lover’s collection. 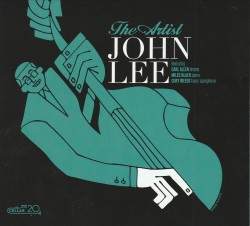 I first knew John Lee primarily as a drummer, but even at that point close to a decade ago, he wore plenty of different hats. On The Artist, we hear Lee featuring himself on upright bass. Having not heard the young musician in several years, I first thought this was a strange choice, but hearing the first 20 seconds of music are enough to assure even the most critical listener that Lee is in his element.

This album features an excellent cast of musicians who brilliantly execute its hard-swinging repertoire. As both a bassist and a drummer, it makes sense that Lee is acutely aware of the relationship between these two instruments in a jazz rhythm section. He’s chosen American drum great Carl Allen to join him, and he fits into this Canadian ensemble perfectly.

The music heard on The Artist is unapologetically straight ahead, but the energy Lee’s band brings to it makes it appealing to listen to in 2022 and ensure that it’s by no means just a time capsule harkening back to a bygone era. Tracks like Soul Leo and Carl’s Blues set the mood for the album, and Lee’s two originals, Life is a Beautiful Thing and The Artist, fit this vibe to a tee.

Like so much great jazz, this album can be enjoyed in several different contexts. I initially took diligent notes while listening through high-fidelity headphones, then subjected it to a second listen while chopping carrots and onions in the kitchen. The Artist passed both tests! 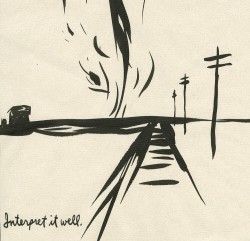 Drummer/vibraphonist Ches Smith’s capacity for creative synthesis became clear with last year’s Path of Seven Colors, a combination of Haitian vodou music and jazz, ultimately named best jazz album of the year by The Guardian. Interpret It Well is similarly outstanding work, adding guitarist Bill Frisell to Smith’s trio with pianist Craig Taborn and violist Mat Maneri. The title appears in a sparse drawing by Raymond Pettibon in whIch a railroad track and telephone poles seem to drift toward approaching smoke or a tornado. (It’s sufficiently significant that a 42 by 27cm reproduction is folded in the CD sleeve.)

Working with Smith’s compositional sketches, the musicians meet the titular challenge admirably, with a special balance of individual freedom and collective invention, at different moments weaving together disparate materials into a kind of polyphonic unity. As the theme of the title track is gradually elaborated, a Webern-ish abstraction is matched by the concrete blues of Frisell’s electric guitar. Taborn is transforming throughout, luminous flurries giving way to looming chords, which turn to arpeggiated pointillism with drums and viola adding turbulence. Mixed Metaphor opens with a sparse, liquid beauty but ultimately becomes a home for Maneri’s dissonant intensity.

The program unfolds with a sense of assembling meaning, a new understanding intuited out of what might be described as complementary disjunctions among harmonies, melodies, rhythms and timbres, a different music arising from familiar elements and rare empathy. 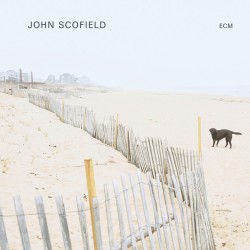 Stalwart New York-based guitarist John Scofield has gone in an even more bold direction than usual with his latest release on ECM. The band? Scofield at the electric guitar, accompanied by a looper pedal and the many decades of playing experience that make his music so unique and excellent. The looper makes this album less of a traditional solo-guitar experience than you may be familiar with from Joe Pass or Ted Greene, but it’s not a gimmick to make Scofield’s life easier. Instead, he treats the pedal like a bandmate he is intimately familiar with. There are also plenty of moments where Scofield shows off his ample harmonic sensibilities, which can be overshadowed in ensemble settings by his fiery single-note, line playing.

As a brief technical note that I hope can be appreciated by jazz guitar experts and casual fans alike, I heard Scofield interviewed several years back about things he still wanted to improve upon with his playing. Then in his 60s, he gave a very tangible response about hoping to add wider intervals and more angular sounds to his music. It was beautiful to hear someone talk about how much there still is to learn, even after decades in the industry. What brought this to mind now, is that I hear concrete evidence of the 70-year-old guitar master playing these very intervallic ideas on this solo guitar offering.

While Scofield continues to find meaning through playing music, we can all find a little just from listening to this poignant opus. 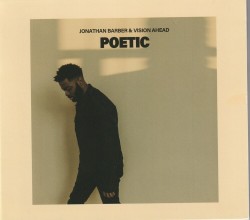 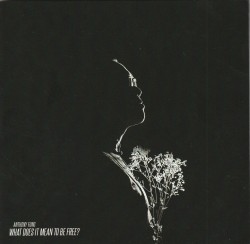 Drummer/composer Anthony Fung was born in Richmond Hill and raised in Canada, but has studied and lived in the United States for several years. He earned a Bachelor of Music degree from Berklee and a master’s from the Thelonious Monk Institute of Jazz Performance. What Does it Mean to be Free? is his third album and was recorded in L.A. where he currently lives.

This an exciting album with eight original compositions and a great arrangement of Wayne Shorter’s Sighteeing, all played with an intense yet grooving style by some stellar musicians. In addition to the core quartet (Fung on drums; David Binney, alto sax; Luca Mendoza, piano; Luca Alemanno, bass) several tracks have special guest performers. On the title track, Andrew Renfroe brings some blistering guitar work including a high intensity exchange with Binney on sax. Defiance features Braxton Cook on a tender yet intense alto sax melody throughout and Alemanno with a pretty bass solo. Let Us Not Forget to be Kind has Roni Eytan providing some beautiful Toots Thielmans-influenced harmonica.

Throughout the album Mendoza’s piano is spectacular, providing tasteful accompaniment and solos on the slower tunes and effortlessly complex bop lines on the up-tempo numbers. Fung’s drums are propulsive and complex while still providing a solid backing to the proceedings. What Does it Mean to be Free? At least part of the answer has to be: free to make great music. 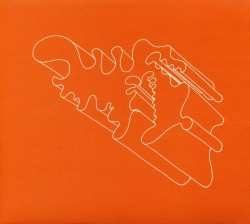 A studied requiem for UK bassist/composer Simon H. Fell (1959-2020), Welsh harpist Rhodri Davies uses transformative prestidigitation on this eponymous disc to exhibit the assemblage of timbres, pitches and rhythms he can induce from the acoustic pedal harp. Davies and Fell were members of the imposing string trio IST for 25 years – cellist Mark Wastell was the third participant – and although most of this salute evolves at moderato and lento tempos, it’s no lachrymose dirge. Instead, the performance includes interludes of bubbling drama, heartfelt emotion and coiled percussiveness.

Interspaced with pauses and reverberations, Davies’ almost hour-long creation forges unique harp timbres, which alternately resemble vibraphone reverberations, tombak-like drum strokes, keyboard-like vibrations and woody rubs against unyielding material. All are used for emphasis and sequence shifts. Expected thick glissandi, multi-string drones and singular staccato echoes figure in as well, so that by midpoint multiple strokes are layered into an almost opaque squirming mass. Its subsequent division into single-string high and low twangs and plinks that move forward and ricochet back into the concentrated narrative, suggest not only IST’s multiple string tropes, but the sort of unique compositions Fell wrote, arranged and played.

Properly saluting a fellow string player and improviser, this session also confirms Davies’ innovative ability to come up with near-orchestral, multi-string motifs sourced with compelling skill from the attributes of only a single stand-alone harp.