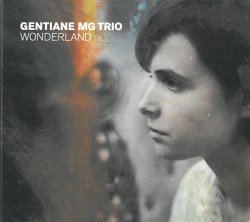 Gentiane Michaud-Gagnon (MG) is a composer and jazz piano player who studied at the Quebec Conservatory in Saguenay and then majored in Jazz Performance at McGill University. She has played with many jazz artists around Canada and also toured in China and Mexico. The Gentiane MG Trio’s first album, Eternal Cycle (2017), was named by CBC Music as one of the ten best jazz recordings of that year. Wonderland’s liner notes describe it as “a place of endless possibilities. A place where things can be different.” Indeed, the works are all inventive but never clichéd. The harmonies are complex and most pieces start from one idea or theme and work their way through different thoughts and images more organically than simply melodies and solos.

At the album’s core are Wonderland (Part 1: Comeback), Wonderland (Part 2: Shadows) and Wonderland (Part 3: Unbearable). Comeback begins with an ostinato from the piano, then Louis-Vincent Hamel on drums introduces a complex lilting samba pattern and the piece continues to expand on those ideas with repeated ostinatos and exchanges with the drums. Shadows has many pensive chords over which Levi Dover plays a thoughtful bass solo. Unbearable opens with tense chords and a simple pattern punctuated by rhythmic and inventive drum fills. Eventually the piano becomes more contrapuntal and the bass joins the exchange as well. Michaud-Gagnon’s piano style is cerebral with hints of Bach, Lennie Tristano, Bill Evans and occasional Monk-ish riffs. The trio plays off each other in subtle shades as they work through Michaud-Gagnon’s compositions. Wonderland is like visiting a safe, thoughtful and meditative world.

Listen to 'Wonderland' Now in the Listening Room 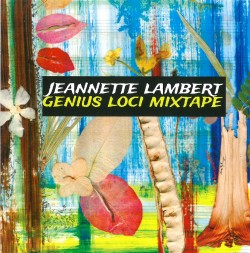 A distinctive and creative singer, Jeannette Lambert presents an imaginative and intimate travelogue in music here, interacting spontaneously with numerous musicians in different locales. Sometimes she sings other writers’ lyrics, sometimes her own; whether playfully or wistfully, she sings with a poet’s diction, making every song a model of clarity.

The most frequent collaborators are her musical family: her husband, Montreal drummer Michel Lambert, plays on all 11 tracks; her brother, Toronto guitarist Reg Schwager, on four. His appearances include two recordings from a Barcelona apartment: the opening Keys explores a stark text about trust among lovers by Catalan poet Clementina Arderiu; the final vision is Gaudi, a celebration of the architect’s crowning achievement, the city’s Sagrada Familia, now a century in the making. Lambert artfully conveys the complex emotion of her lyric about “something that was created for the sake of creating.”

In between are other evocations of the spirit of place. Two tracks from Puget-Ville, France, have Lambert improvising melody with a rambunctious quintet that includes the great veteran bassist Barre Phillips. Sometimes poem and site create compound spaces: the welling emotion of Anne Brontë’s A Windy Day was realized with pianist Greg Burk in Ostia, Italy, while Spanish poet Federico García Lorca’s Gypsy Nun was recorded in Montreal with harpsichordist Alexandre Grogg. The most joyous music here comes from furthest afield, the virtuosic Coyote, recorded at a festival in Sulawesi, Indonesia with Schwager and bassist Fendy Rizk. 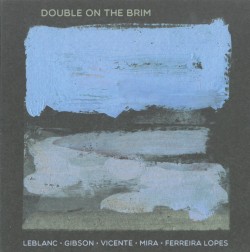 Pianist Karoline Leblanc and drummer Paulo J Ferreira Lopes have a developing relationship with Lisbon, a warmer complement to their Montreal base. Lisbon is a burgeoning centre for free jazz and improvised music, with numerous performance spaces, these genres’ most active record labels (Clean Feed and Creative Source have produced over 600 CDs each since 2001) and a growing list of well-known improvisers taking up residence. Leblanc and Ferreira Lopes recorded A Square Meal there in 2016, and Leblanc recently recorded Autoschediasm in Montreal with Lisboan violist Ernesto Rodrigues. Double on the Brim, recorded in Lisbon this year, develops the connection further.

The quintet here includes Brazilian-born saxophonist Yedo Gibson, trumpeter Luís Vicente (returning from A Square Meal) and cellist Miguel Mira. There are six episodes, ranging in length from four to 16 minutes. The longest of them, Anthropic Jungle and the title track, are intense collective improvisations that pulse with vitality, moving tapestries in which instruments tumble over one another. The relatively brief Singra Alegria, almost dirge-like, foregoes the usual density, with Leblanc’s looming bass clusters creating an ominous mood in which Vicente’s subdued lyricism comes to the fore. Jaggy Glide is the most tightly focused, with Gibson’s alto spiralling through the dense rhythmic field created by Leblanc, Ferreira Lopes, and the versatile Mira, who can also provide convincing bass lines when required. 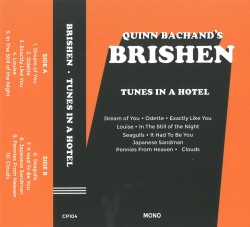 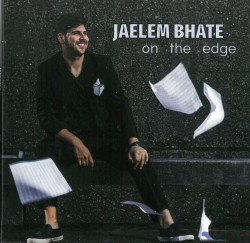 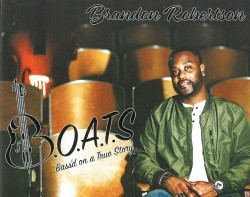 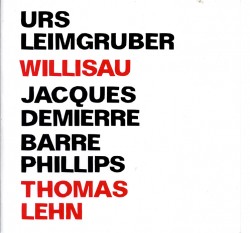 Adding another voice to an established trio is a risk. But as these extended performances from saxophonist Urs Leimgruber and pianist Jacques Demierre, both Swiss, and expatriate American bassist Barre Phillips indicate, the inclusion of German Thomas Lehn’s analogue synthesizer illuminates new tinctures in the improvisational picture the others perfected over nearly two decades. This ever-shifting continuum of electronic judders not only enhances this program, but also allows the creation of parallel duos. For the first time, low-pitched string bowing is matched with keyboard strums and cadenzas while altissimo reed sputters are backed by wave-form grinding. Throughout, partners are changed as in a decidedly un-square dance.

Individual set pieces for each remain though, as when Lehn’s vibrations alternate wood-flute-like gentleness and intensely vibrated doits, subtly seconded by pumping piano cadenzas; or when the jagged subsequent shape of Monkeybusiness 2, defined by Phillips’ low-pitched sweeps in the introduction, darkens and deepens to spiccato string pumps, buttressed by Leimgruber’s burbling split tones by the finale. Elsewhere, Demierre’s key dusting can swiftly turn to a crescendo of notes plus inner-piano string plucks alongside circular-breathed saxophone tones.

Cooperation and control are triumphantly obvious at the climax of Monkeybusiness 1, when a combination of reed multiphonics, wriggling electronics and pounding keys drive the track to peak excitement that then subtly relaxes into piano glissandi and delicate reed peeps. Willisau proves that if an auxiliary musical voice is properly attached it elevates the results. 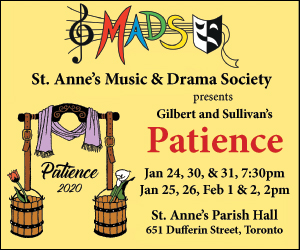