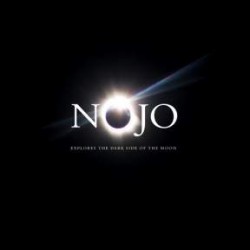 Explores The Dark Side Of The Moon

NOJO, the enterprising Toronto-based improvising orchestra, tackles a classic in its latest efforts to examine the jazz potential of great rock tunes. They’re examining the work of groups like Led Zeppelin and Rush, but here, in their first digital only release, it’s a seminal album from 1973, Pink Floyd’s “The Dark Side Of The Moon”. That was one of the best-selling discs of all time, a concept album that used advanced technology of its era such as multi-track recording, plus sound effects, continuous music and songs satirizing contemporary English society. NOJO can’t supply the quartet’s vocals by Roger Waters, David Gilmour and Richard Wright (though drummer Barry Romberg is far better than the Pink’s Nick Mason), but it has taken nine of the 10 pieces on the original and made them work with new arrangements, excellent section work and some fierce soloing from its 16 musicians. There’s no information as to who solos, though co-leaders Michael Occhipinti and keyboardist Paul Neufeld are prominent, but the overall teamwork is exemplary, with pleasing melody amid the complex harmonies. Sometimes the sound’s so smooth that it echoes Duke Ellington, at others free jazz, circus music and reggae rhythms reign. Money, Us And Them and Breathe are best. Recorded before a live Lula Lounge audience, the show lasts 86 minutes, twice the length of the original album.