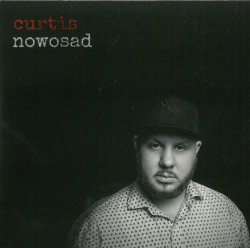 Curtis Nowosad is a drummer and composer who was born and raised in Winnipeg but has lived in New York City since 2013 after moving there to complete a master’s degree at the Manhattan School of Music. This is Nowosad’s third album, the first recorded in New York, and contains five original compositions and three covers. The musicianship is impeccable with crisp horns, a tight and driving rhythm section, and arrangements reminiscent of Birth of the Cool. Highlights include Braxton Cook’s several wily alto saxophone solos and Andrew Renfroe’s guitar work on Hard Time Killing Floor Blues which is soulful, bluesy and rhythmically varied. Nowosad’s drumming is complex yet understated, always interesting but never in the way of the other player’s groove. Brianna Thomas’ assured vocals on two songs add extra nuance to the project.

This album can stand alone as an excellent example of intelligent, driving jazz but there are compelling social and historical themes woven through the original compositions and cover choices. The opening Home is Where the Hatred Is comes from Gil Scott-Heron’s 1970 album, Pieces of a Man. Nina Simone’s Sea Line Woman is given an elegant and sophisticated treatment. Nowosad’s The Water Protectors is dedicated to the Standing Rock Sioux and other Indigenous people while Never Forget What They Did to Fred Hampton is a sharp reminder of the young Black Panther activist’s murder and cover-up. Curtis Nowosad combines socially conscious history with assured jazz performances.