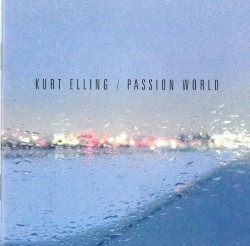 When I first tried to listen to Kurt Elling’s new album Passion World, I had a hard time getting through it. That’s because whenever I got to the seventh track – his cover of U2’s Where the Streets Have No Name – I had to stop, hit repeat and then just take a moment to recover. It’s a powerful and beautiful take on an already powerful and beautiful song. Once I managed to move on, I realized it’s an album full of such takes.

Passion World was born out of Elling’s desire, when touring, to deliver a song that would give the audience a taste of their country’s own music – what he refers to as “charmers.” The collection of songs then developed into a project for Jazz at Lincoln Center and, now, an album. Leaning mainly toward ballads, Passion World is filled with songs about longing and a sense of place. The project also exemplifies collaboration in its many forms. The opening tracks set the tone as Elling puts lyrics about home and the road to two instrumentals by John Clayton and Pat Metheny before getting into more traditional territory with Loch Tay Boat Song featuring a modern woodwind arrangement played by the Scottish National Jazz Orchestra. Arturo Sandoval’s Bonita Cuba is another fine example of musical minds meeting. The band members all play major roles in the success of this album and, in particular, John McLean’s arrangements and guitar work elevate this collection.