I’ve been a bit reluctant to jump on the Renaud Capuçon bandwagon, despite his meteoric rise through the violin ranks, but his new recording of the Beethoven and Korngold Violin Concertos (Virgin Classics 9 694589 0) would make a believer of anyone. Capuçon is a ‘big vibrato’ player, but here it’s put to a controlled and telling use in a beautifully-judged performance. What really pushes this CD into the stratosphere, though, is the contribution of the Rotterdam Philharmonic Orchestra under Yannick Nézet-Séguin: perfect tempi, and remarkable balance and clarity that reveal details in the orchestration I’m not sure I’ve ever heard before. The Korngold benefits from exactly the same treatment, and Nézet-Séguin’s interpretation merges with Capuçon’s huge, warm sound to produce a terrific performance. It’s not always easy to appreciate the effect a conductor can have, but the reasons for Nézet-Séguin’s rapidly-growing international reputation are here for all to hear.

Although I thought her Vivaldi Four Seasons CD was simply outstanding, I must admit I found the new Bruch and Brahms Violin Concertos from Sarah Chang (EMI Classics 9 67004 2) a bit on the ordinary side – if ‘ordinary’ can ever be applied to a player of Chang’s enormous talents. Chang tends to be another ‘big vibrato’ player, and in the Bruch – a work closely associated with her – I found it a bit distracting, despite the Romantic nature of the music. It’s much the same in the Brahms, where her big, wide vibrato makes it sound more like a “reach-the-back-of the-hall” live concert performance than a closed recording. Kurt Masur’s accompaniment with the Dresdner Philharmonie is rhythmically strong, but a bit pedestrian. Quality performances without a doubt, but, given the performers, a little bit nearer the middle of the pack than you would expect.

Concert Note: Sarah Chang will perform a concert on February 24 at 8pm at Markham Theatre.

With his CD of Paganini Violin Concertos Nos. 1 & 2 (Challenge Classics Super Audio CC72343), Rudolf Koelman certainly answers the question “How?” when it comes to playing Paganini, but more importantly also answers the question “Why?” It’s easy to dismiss Paganini’s works as empty show pieces, with little to recommend them musically, but this disc not only highlights Paganini’s close personal friendship with Rossini but also stresses their musical association by including the overture to Rossini’s opera Matilde di Shabran. It’s a brilliant stroke, because it shows that Paganini’s works are not simply vehicles for virtuosity, but are firmly rooted in the Italian operatic and vocal style of the time; the violin merely replaces the voice. Koelman has the complete arsenal of technical skills, but plays with smoother lines and fewer sharp edges than many Paganini performers. Jan Willem de Vriend leads the Netherlands Symphony Orchestra in live performances, but audience noise is never an issue.

I’d forgotten just how much I love the two violin concertos by Karol Szymanowski, but Arabella Steinbacher’s stunning new CD of his Concerto No.1, together with the Dvorák Concerto (Pentatone Classics Super Audio PTC 5186 353) is a dazzling reminder. This is, by any standard, a wonderful performance of a gloriously lyrical and rhapsodic work; if the achingly beautiful theme that runs through the work doesn’t get to you, then nothing will. Steinbacher sounds as if she’s been playing this work all her life, and receives passionate and faultless support from Marek Janowski and the Rundfunk-Sinfonieorchester Berlin. The Dvorak receives no less perceptive and committed a performance, and his Romance in F minor is made to sound much more than just filler. A simply stunning CD.

Tianwa Yang’s third CD in a projected seven-volume set of the complete works of Sarasate is the first volume of his Music for Violin and Orchestra (Naxos 8.572191). A wonderful Zigeunerweisen starts things off, and the standard never flags. Certainly it would be difficult to imagine more suitable support: Ernest Martinez Izquierdo draws passionate and nuanced playing from the Orquesta Sinfonica de Navarra, the orchestra founded by Sarasate in 1879, and the recording venue was their concert hall in Pamplona, the composer’s birthplace. Tianwa Yang toured China with this same orchestra in a series of Sarasate concerts, and clearly understands the music, going beyond a dazzling technique to get at the Spanish soul within. 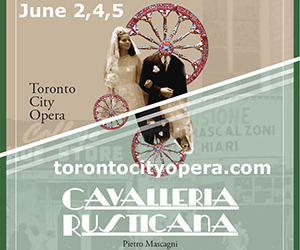