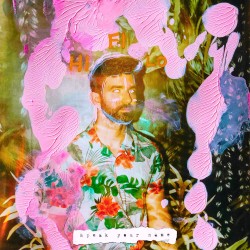 Speak Your Name is the debut solo release from keyboardist/producer HiFiLo, better known as Todd Pentney. Pentney is probably best known for his role in the JUNO-award-winning Allison Au Quartet, though he’s active in many genres from modern straight-ahead acoustic jazz to indie, pop and hip-hop. In many ways, Say Your Name can be understood as a synthesis of Pentney’s various musical experiences: sweeping, stereo synths give way to dense harmony; athletic solos are juxtaposed with sections of sparse, ethereal melody; relaxed backbeats coexist with pulsing, dance-inflected moments. In and of themselves, these qualities are not new. Over the last 15 years, many recordings that fall under the expansive umbrella of jazz have contained some combination of these features, and Speak Your Name shares some similarities with recent works by Thundercat, Mehliana and Knower. What is unique about Speak Your Name is that Pentney is doing all of this on his own.

With the exception of three special guests (flutist Rob Christian, vocalist Alex Samaras and guitarist Robb Cappelletto) – and some uncredited vocals on the album’s final track – Speak Your Name is all Pentney. The end result speaks to a model of musical production that has more in common with modern artists like Flying Lotus and Kaytranada than it does with the kind of jazz fusion that the mention of synths might evoke. With Speak Your Name, Pentney has crafted a beautiful, expansive album, and has thoughtfully reimagined the role of the producer in a jazz setting. 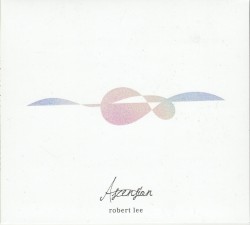 Up-and-coming Toronto acoustic bassist, composer and bandleader Robert Lee, has released this delightful debut album, an energizing and unique foray into the contemporary jazz world. The record maintains an interesting balance showcasing Lee’s talent as a composer and bassist while putting the spotlight on the other fantastic musicians featured throughout, such as JUNO Award-winning saxophonist Allison Au, well-known guitarist Trevor Giancola and vibraphonist Michael Davidson. The album takes inspiration from songwriters such as Bon Iver, Christian McBride, Brian Blade and Iron & Wine, making for a unique musical blend of “modern chamber music, jazz and contemporary folk.”

Whether the listener likes traditional or more modern jazz, each piece brings forth elements of both, making this a downright treat for the ear. The title track starts off the album and is a deeply personal and introspective story about “searching for the greater meaning in life” which is reflected in the wandering, yet positivity inducing saxophone melody and a general sense of discovery felt throughout the piece. Burton’s Bounce is a great, swing-style piece with nimble movement in Lee’s pizzicato bass line and the dancing saxophone, vibraphone and guitar solos. Closing out the album is Cardinal on the Cobblestone, a beautiful track in which Mingjia Chen’s captivating voice, Ginacola’s soft guitar riffs and Lee’s gracefully plucked notes meld together for an uplifting and wonderful end to this musical journey. 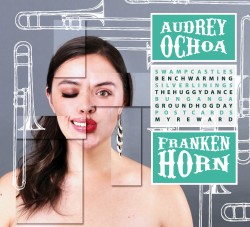 Surely many jazz enthusiasts who have kept up on contemporary artists have come across famed Troy “Trombone Shorty” Andrews and his unique style of trombone-centric jazz, but Canadian Audrey Ochoa’s newest release proves yet again that we have our own northern version of the aforementioned golden horn talent. Ochoa manages to successfully blend the old and the new, invoking feelings of nostalgia while introducing elements of modernism through electronic remixes of some tracks by electronica DJ Battery Poacher alongside more traditional pieces. Genre boundaries are cast aside here as we travel through sultry Latin-flavoured tracks to chamber music and unique string arrangements by Ochoa herself thrown into the mix.

Swamp Castles starts off the album with a driving drum and bass groove which is overlaid by an energetic trombone line supported by a beautiful and captivating counter melody within the strings. Benchwarming takes the listener into a Latin musical world with smooth trombones, Chris Andrew’s diverse chord progressions on the piano and Luis Tovar’s sizzling conga rhythms pulling everything together. The track The Huggy Dance is a personal favourite as it really showcases how electronica can be successfully brought into the jazz world to add a fascinating contemporary flavour that is just delightful to listen to, a lo-fi groove that pulls you right in. A true breath of fresh air suitable for anyone getting into the jazz scene or just looking for something new.

Listen to 'Franken Horn' Now in the Listening Room 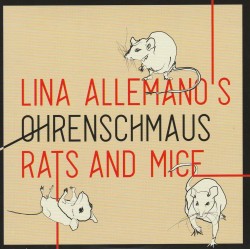 Splitting her time between Toronto and Berlin, local trumpeter Lina Allemano now has a European combo to complement her longstanding Canadian bands. Rock-solid German drummer Michael Griener and agile Norwegian electric bassist Dan Peter Sundland bring startling originality to the trumpeter’s compositions which broaden from Allemano’s cunning use of extended techniques. Frequently shadowing Allemano’s lead, the bassist’s thumb pops and moderated slaps perfectly augment trumpet timbres whether they’re spit out at a speedy pace or as grounded gurgling growls. As for the drummer, his tasteful side clips and rolling ruffs ensure the tunes maintain a steady pulse.

Allemano’s lead encompasses everything from creating expanded multiphonics, spitting out shrill brass runs, hand-muted effects and unexpected basso snarls. She exhibits a variety of effects on a track like Ostsee. Mixing textural advances and heraldic overblowing, positioned drum cracks help establish the tune’s horizontal groove which she then decorates with repeated note patterns sequentially squeezed from the high and low pitches. While her aggressive capillary asides and the bassist’s juiced twangs sometimes threaten to upset the session’s ambulatory pace, the trio is sophisticated enough to avoid sonic stalemates. You can hear this on Hooray Norway, the final, extended track which includes Allemano answering her own brassy trills with tongue flutters, as string slaps and cymbal beats help preserve a notable theme which emphasizes grace as well as melancholy. Overall, Allemano’s tale of two cities has an obviously happy ending. 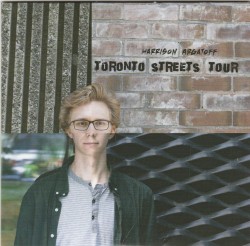 With the release of his debut solo recording, uber-talented, Toronto-based tenorist Harrison Argatoff has rendered a recording of remarkable creativity. In 2019, Argatoff undertook a daunting project – he performed 30 consecutive solo concerts on the streets of the Tdot, which were exclusively promoted by releasing only the postal codes of the concert locations! Subsequently, the (I assume) highly motivated music listeners had to embark on an urban quest (throughout the revealed postal code area) for the exact location of the concert in question.

Originally from Kelowna, B.C., Argatoff is a recent graduate of the University of Toronto jazz program. He has included nine original compositions here, as well as the traditional Zimbabwean folk song, Muroro (taught by Moyo Mutamba) and the haunting Russian lullaby White Acacia, which comes directly from Argatoff’s own Doukhobor heritage, and which he heard sung by his grandmother as a child. Both Argatoff’s gorgeous singing voice and his lyrical tenor sound are featured here.

On Wait, Argatoff presents us with not only the hiss and whirr of Big Smoke traffic, but also a trance-inducing, Philip Glass-ish piece, rife with circular breathing and an almost whimsical air. Conversely, the delightful Muroro bobs and weaves through melodic intervals and comforting triads. A true standout is the deeply moving Rainfall, which seems to conjure all of the sadness and longing that the human heart can hold. Long, powerful, sinuous tones define this piece and also underscore Argatoff’s considerable technical skill. With Flicker, Argatoff transforms his tenor into a resonant fog horn, a helicopter and perhaps the sprockets of a Super 8 projector; while Outro perfectly parenthesizes this innovative, and thought-provoking recording.