Although the romantic image of a lone trumpeter has been standard in jazz since the time of “Young Man with a Horn”, musically it’s actually more difficult for a trumpet to be the sole horn in a band – at least until freely improvised music rewrote the rules a few decades ago. The reason is simple: unlike the saxophone’s many keys which the soloist can manipulate for different timbres, the trumpet has only three valves and a length of tubing. Brass players thus most often work with a reed partner or as part of an ensemble. However these CDs, featuring mostly Canadian casts, show that notable sessions can appear no matter the instrumental make up. 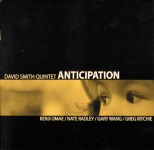 Toronto-born, Brooklyn-resident David Smith’s Anticipation (Brooklyn Jazz Underground Records BJUR 015 www.bjurecords.com) is the most conventional of the discs, with Smith and Montreal-born drummer Greg Ritchie playing in a quintet filled out by tenor saxophone, guitar and bass. Working out on one standard, a Coltrane line and five originals, the band rarely strays from the expected head-solo-head formula, with Smith’s bright playing amply backed by saxophonist Kenji Omae and guitarist Nate Radley. Standouts are the trumpeter’s compositions, Bittersweet, a gentle line celebrating his daughter’s birth with tremolo tonguing; and The Question, a contrafact of Monk’s Ask Me Now, built on cascading horn lines from Omae and a tough brassy break from Smith. Throughout Smith illustrates his instrument’s restrictions, since many of his solos feature complementary runs from Omae, while Radley’s fleet-fingered chording and limber picking dominates most of the tunes. 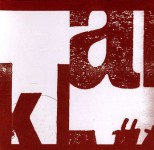 Ex-Torontonian, now Montrealer, trumpeter Gordon Allen plus saxophonists Jean Derome and Philippe Lauzier take an equally standard role as backing horn section on Montreal band Klaxon Gueule’s Infininiment (Ambiances Magnétiques AM 194 CD www.actuelle.com). Throughout the 13 minimalist tunes the horns extend or amplify improvisations from the band’s core trio – guitarist Bernard Falaise, bassist Alexandre St-Onge and percussionist Michael F. Côté. Concerned as much with mood and texture as melody, the scene-setting arrangements frequently find single horn parts providing brief commentary on Falaise’s popping guitar licks, St-Onge’s pulsating rhythms or the knitting-needle-like clatter of Côté’s delicate drumming. The bass line serves as a pedal point drone on Momo Pèle, for instance, which fades away following dissociated drum beats, but not before Allen has pumped out a bugle-like reveille. In contrast singular note extensions from one saxophone plus chromatic mellow timbres from the trumpeter inflate from distanced peeps to provide a counterweight to dissonant guitar-string snaps and abrasive strums on Brown Suinte. 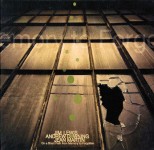 Altering the paradigm so that each instrument is as important as any other creates a more equitable and satisfying performance – and boosts the trumpet’s role. Toronto’s Jim Lewis, Andrew Downing and Jean Martin demonstrate this On a Short Path from Memory to Forgotten (Barnyard Records BR 0311 www.barnyardrecords.com). Consisting of 10 instant compositions, there is no foreground or background instrument. One tune for example could be a capriccio, as Lewis’ joyful trumpet blasts define the theme; another is dependent on Downing’s thumping bass pulsations; and almost all are illuminated more by the splashes of multiphonic color Martin creates with gamelan-like bell tones and triangle resonation than a steady beat from his regular kit. Showcasing Lewis’ phrasing, which ranges from staccato heraldic blasts to graceful flutters, is Eight, the tune in which his moderated a capella puffs give way to a rubato, double-time version of theme and finally to aviary chirps plus whistling resounds. These intertwine with martial rolls and rebounds from Martin and walking slap bass from Downing. 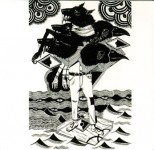 A refinement – or coarsening – of this strategy is displayed by Vancouver’s Inhabitants, on A Vacant Lot (Drip Audio DA 00579 www.dripaudio.com), which adds the guitar of Dave Sikula to the basic trumpet (JP Carter), bass (Pete Schmitt) and drums (Skye Brooks) trio. Another major difference is the use of electronics, with Carter’s heavily miked trumpet’s pulsating alongside Sikula’s folksy strums. Eschewing a steady beat Schmitt and Brooks still use string strokes and harsh backbeats to prevent otherwise airy timbres from ascending into the stratosphere. Pacific Central is the representative track. After a minimalist introduction that’s mostly acoustic guitar and trumpet peeps, the piece opens up and accelerates to full-bore polyphony with hard drum ruffs, staccato guitar licks and trumpet shakes which cascade chromatically then fade, while still encouraging the group’s affiliated pulses. This is electrified music with a touch of dissonance.

By crafting new roles for trumpeters within improvising combos, these Canadian players have produced memorable CDs.