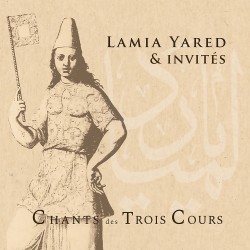 Over the scope of 15 tracks on Chants des Trois Cours, commanding Lebanese-Canadian singer and music director Lamia Yared plus seven virtuoso musician “friends” explore three of the cultures that contributed to the Ottoman musical world. This ambitious Persian composers and Among the album’s delights are the songs in muwashshah, the musical form from Aleppo, Syria with Arabic-Andalusian poetic roots. Jalla Man Ansha Jamalak (A Tribute to Your Beauty), set in maqam Awj Iraq and in the Mrabaa metre of 13 slow beats, is a beautifully performed example.

But it is Yared who brings Chants des Trois Cours to life. Propelled by her elegant vocalism, linguistic skills and artistic vision, she piques our interest in the rich musical legacy of this multicontinental, multicultural empire. That this impressive achievement was conceived and produced in Montreal is yet another wonder. 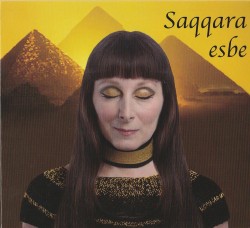 Listen to 'Saqqara' Now in the Listening Room 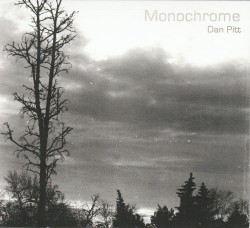 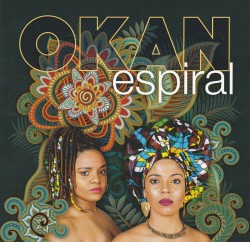 Afro-Cuban music fused with jazz elements and rhythms from around the world, this album is impossible to listen to without moving one’s feet and occasionally breaking into dance. These talented women have heart, they have a groove, and they are backed up by an impressive list of talented musicians. Elizabeth Rodriguez (vocals, violin) and Magdelys Savigne (vocals, percussion), classically trained Cuban-Canadian musicians and JUNO nominees, are the force de jour behind this lively album. Their music is colourful, sassy and engaging. Both use their respective instruments in a way that draws the listener right into the centre of creation, resulting in divine violin solos and driving crossover rhythms.

Nested among seven original songs are three beloved standards: Cumba, Cumba; Besame Mucho (a much livelier version than expected); and the closing Pie de Foto. OKAN’s original tunes stay within the boundaries of the respective genres but make good use of the crossover elements.

Espiral is based on Cuban musical heritage and around the themes of immigration and love. The title song opens the album in a bright manner, using a traditional blend of instruments and chants. Trocada is more jazzy, with bewitching violin solos, colourful percussion and an impressive piano solo (Miguel de Armas). Aguila’s Latin groove is filtered through sultry violin lines and beautiful vocals.

With Espiral, OKAN continues doing what they do the best – creating music that transcends borders and brings in the joy.

Listen to 'Espiral' Now in the Listening Room 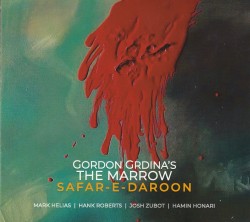 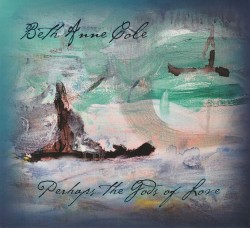 Aristotle, Horace and Longinus, all writing with passion on the art of poetry – and speaking in a forthright manner of art in the mimesis (adopting Plato’s word for the imitation) of life – have stressed, in no uncertain terms, that the rhythm of music and dance elevates the dramaturgy of art. It would seem that Beth Anne Cole declares her unstinting allegiance to those classic dictates and she appears do so with elemental facility. This is why we easily fall prey to her beguiling music.

Throughout her breathtaking recording, Perhaps the Gods of Love, Cole infuses the convention of song with an emotional intensity that can only be described as the poetry of feeling. This too seems instinctual, for she weaves recitation and singing together with one melodic invention inexorably following the other seamlessly; the instrumentation ornamenting the lyric and vice versa.

Cole’s rendering of this music is striking; with perfect diction, intonation and expression – all this whilst singing Sailor (in English), La Fille de l’île (in French) and Amol iz Geven a Mayse (in Yiddish). In original work too, such as My Story of Ruth, Cole displays an inventiveness that comes from an uncommon understanding of character and emotion born of accuracy and sensitivity, all of which is framed in a judicious mix of traditional and modern expression. Throughout this recording, Cole’s instrument-playing cohort is fully attuned to her vision and artistry.