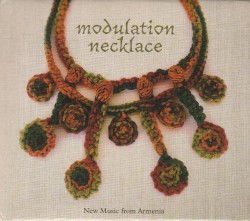 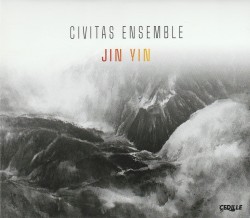 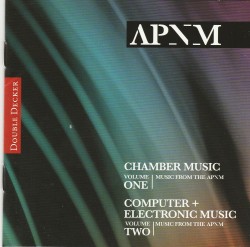 The Association for the Promotion of New Music (APNM) was founded in 1975, and is celebrating its long commitment to composers with this double release of acoustic, electroacoustic and electronic works by member composers

Volume 1: Chamber Music is mostly acoustic music performed by a variety of excellent musicians and ensembles. The opening work Wind Chimes, performed by composer/guitarist Stephen Dydo with Chen Yu on pipa, is a continuous colourful sound mix of the two instruments in 12 continuous sections each based on an early Chinese music mode. Thomas James describes his Odd Numbers as utilizing odd numbers to create “aggregate” rhythms, with piano soloist Sheila Simpson especially spectacular in the delicate sections. Love Joseph Hudson’s piano/electronics work Starry Night. The composer memorably orchestrates my own interpretation of the night sky with florid piano lines against held, calming, electronic sounds, weather changes with louder rhythms and forceful ticking, and clouds drifting by in the closing slow piano/electronics section. Other works are composed by Laurie San Martin, Elaine Barkin and Sheree Clement.

A fabulous collection of acoustic and electronic compositions showcasing the talents of APNM’s members and the organization’s multi-decade work supporting new music.

Listen to 'Music from the APNM (Assoc. for the Promotion of New Music) Vol.1 & 2 (electronic)' Now in the Listening Room 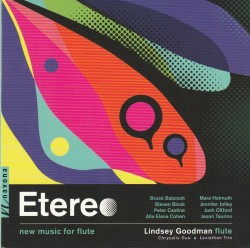 From the outset, in Josh Oxford’s for solo flute, Lindsey Goodman demonstrates she is a flutist who has it all. With a palette of luscious tone colours and engaging phrasing, she easily negotiates the many different flocalizations, bluesy thirds, glissandi, flutter tonguings and tongued pizzicato, all the while maintaining a compelling, rock-solid beat. This track alone is worth the investment.

Yet what follows is of equal merit. The next four tracks are also for solo flute. Bruce Babcock’s is moody with flashes of technical display. Steven Block’s offers moments of two-part writing with harmonic overtones defining an ostinato and regular tones, a brief melody. While Goodman’s performance engages us in both Taurins’ Gand for alto flute, the obvious quotations from Varèse’s are neither mentioned nor explained in the scanty online program notes. 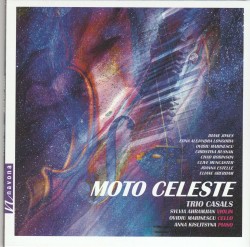 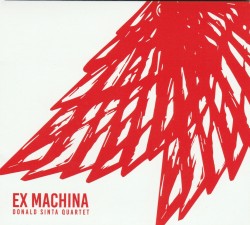 The seven-movement Ex Machina, by American Marc Mellits, is a funky, minimalistic work exploring his self described idea “to express the beauty locked within machines.” Machine I (Let the Funk Out) sets up this idea with minimalist machine-like grooves. The contrasting slower Machine II (Flowing) features long ascending and descending lines, with a slightly rhythmic backdrop. Love the choppy sudden change to rhythmic machine-like industrial sounds in Machine IV (Dancing a Mean Ghastly Dance) performed with aplomb. No surprise Machine VII (Aggressive & Funky) ends with a final held honkin’ chord. Mellits’ other work here is the swirling, syncopated Black.

These talented, technically astute, rhythmic and musical saxophonists shine throughout.