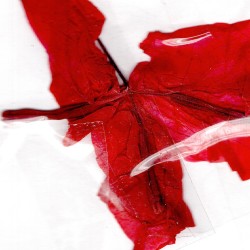 I find that multidisciplinary free music is often one of the most unfairly dismissed genres in jazz. Works like Anthony Braxton’s operatic forays certainly come to mind. They are branded impenetrable in many circles and people don’t even bother to offer them anything resembling serious consideration. I attribute this reluctance to fear.

I’m going to be honest. This new Michel Lambert project is scary. It’s an amalgam of visual artworks (referred to as Lambert’s “visual scores”) and the band’s collective instinctual responses to them. The album is presented as an expedition of sorts, with both the band and listener travelling through 11 distinct audiovisual landscapes. Amazingly, it all works incredibly well. The improvisers not only know exactly how much space to leave for each other, but looking at the score, I was struck by how effectively the music evoked specific images on the score and vice versa with almost supernatural symbiosis.

As I listened, it became apparent that the glue holding the affair together was the expressive poetry of vocalist Jeanette Lambert. It felt like she articulated and/or punctuated my thoughts perfectly, serving as a tour guide. What is a Transmutatoria? Not sure, but taking the journey there has been a real pleasure. 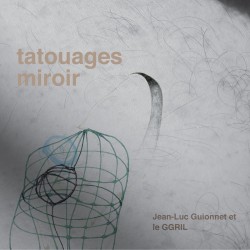 French saxophonist, organist, composer and improviser Jean-Luc Guionnet has rare inventive powers. Among his activities, two bands demonstrate his range: Hubbub, a French quintet, looks like a conventional jazz group while improvising ethereal, symphony-length works of continuous sound through circular breathing on saxophones and bowing on cymbals and the strings of piano and guitar. The international trio Ames Room creates the most singularly intense, hard-bitten, minimalist expression ever developed by a stripped-down trio of saxophone, bass and drums. However, these recordings from Quebec performances show Guionnet’s inventiveness even without his saxophone.

Tatouages miroir (“mirror tattoos”) is an orchestral composition realized by GGRIL (Grand groupe régional d’improvisation libérée), the highly exploratory improvising orchestra that has made Gaspé fertile soil for meaning-probing music. Here GGRIL is an 11-member ensemble of electric guitars and bass, strings, brass and reeds, stretching to include accordion and harp. Beginning with contrasting blasts of orchestral might and silence, the initial lead voice emerges unaccompanied, a tight metallic string sound – the harp – single notes plucked evenly with only microtonal shifts in pitch. In the background, a rich welling of winds plays a melodic pattern dominated by muted trumpet and baritone saxophone. Throughout there are contrasts between sound and silence, between small sounds magnified and rich ensembles moving from foreground to background, questioning their own status. It’s a rethinking of what orchestras traditionally do, foregrounding random incidental percussion – footsteps, perhaps – while crying-baby-trumpet and multiphonic flute and saxophone elide into silence, creating unexpectedly rich drama. During its course, the work ranges across approaches and meanings, inviting a listener’s reflection on the work’s burrowing depths and strange sonic redistributions, a seeming interrogation of its own processes. 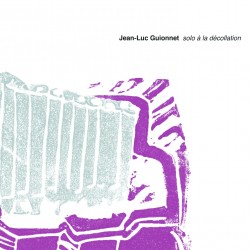 Solo à la décollation presents Guionnet as a church organist, though his performance is as remarkable as the L’Isle-Verte location: the Church of the Beheading of John the Baptist and its traditional Casavant organ, described as “in need of love.” The traditional church organ is a special site, as much monumental architecture and domicile as musical instrument, and Guionnet is here to probe it and the church’s sonic nooks and crannies in a performance that is as much meditation as query, including the incidental percussion of interaction with the instrument. Divided into four segments, the 70-minute work begins in near silence, a kind of breathing of the pipes with only the subtlest infrequent blips that lead to extended drones, shifting oscillations, overlays of tones and sharply contrasting keyboards laid over and through one another. It’s improvisation as meditation, music exploring notions of sound as symbolic site of symbolic conflict, at once resolving and extending the voyage, with the kinks, fissures and vibrations of the particular instrument and church becoming key participants. 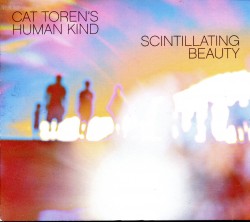 Listen to 'Scintillating Beauty' Now in the Listening Room 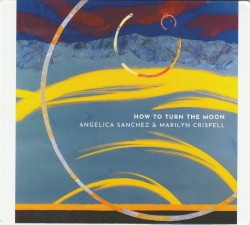 Currently residing in the Big Apple, famed composer, pianist and educator, Angelica Sanchez, has continuously left a resounding impression on the jazz community for the past 20 years with her unique sound. This latest release, from her and fellow pianist Marilyn Crispell, is a definite culmination of her innovative works that blur the lines between improvisation and composition. All tracks are penned either by Sanchez herself or along with Crispell and showcase both of their compositional talents superbly. It should be noted that what truly makes the auditory experience whole is the fact that each pianist is heard through separate channels, Sanchez through the left and Crispell in the right, allowing the listener to appreciate both melodies separately and together.

The record begins with a whirlwind track Lobe of the Fly, within which the image of the flying insect is called to mind with the tinkling, expeditious riffs that both musicians coax forth effortlessly from the keys. It’s interesting to hear how both random and uniform aspects of composition exist within each piece, the interplay between structure and free expression is fabulous. Windfall Light is a piece which gives the listener a moment to appreciate just how in tune both pianists are with each other; it almost sounds at times as if one knows just what the other will play next. For those looking for a complete musical experience, this album would make a very worthy addition to your collection. 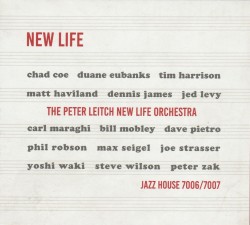 Listen to 'New Life' Now in the Listening Room 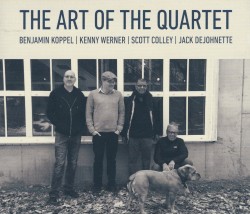 We’ve heard of the art of the duo and trio often enough, but perhaps not enough of the quartet. Certainly there has been very little musical exploration as significant as this, The Art of the Quartet, freewheeling explorations by the wizened majesty of drummer Jack DeJohnette and pianist Kenny Werner together with the derring-do of younger experimentalist, bassist Scott Colley; all of whom have been brought together at the behest of the superb Danish alto saxophonist Benjamin Koppel.

Koppel is possessed of an expressionistic wail and he uses it with tremendous effect throughout the repertoire of this album. His wild excursions flow like a river in flood and the yowling vibrato with which he often ends his phrases evokes restless northern spirits sweeping across space in powerful gusts of wind. Colley secures the roving melodies and harmonies like a singing sheet anchor; his evocative arco performance on Night Seeing is a testament to his virtuosity and his ability to bend time.

Werner is a master of atmospheric pianism. He plays with ceaselessly soft dynamics throughout the exquisite prosody of this music. The rippling excursions of his right hand are masterfully complemented by the architectural balance provided by his rock-steady left hand. DeJohnette, as ever, is the glue that holds everything rhythmic together. But every so often, putting his pianist’s hat on, he adds delicate or thunderous harmonic inventions to this wondrous music. 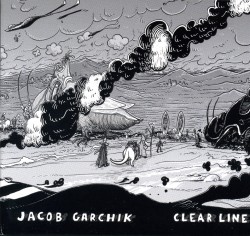 At the same time, with blustery brass and popping reeds often emphasized to create contrapuntal backing, individual features are short but to the point. Besides brief mood-setting sequences, extended tracks highlight different strategies from fusion-referencing brassy horn expositions to others that add enough saxophone overblowing to suggest tremolo airs from a collection of Scottish bagpipes. Moebius and Mucha is the most overt swinger with bugle-bright trumpet work cutting across sliding connections from the other horns. Meanwhile, Sixth is a quasi-rondo that subverts its mellow form with colourful upward movements that encompass brass and reed call-and-response before textures meld into a stop-time climax.

Garchik draws on the skills of some of New York’s top younger talents like saxophonist Anna Webber and Kevin Sun and trumpeters Jonathan Finlayson and Adam O’Farrill. But with frequently displayed gorgeous harmonies, as highlighted on the concluding Clear Line, this is a suite of well-paced originals that stroll rather than gallop. This is also profound group music that makes its points through subtlety not showiness.