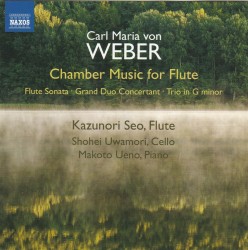 Carl Maria von Weber, best known for his operas, Der Freischütz and Oberon, also composed chamber music, some of which is to be found on this disc. I will pay the performers, fronted by flutist Kazunori Seo, the ultimate compliment: that I felt listening to this recording that I could hear Weber’s voice throughout. Yes, you can at times hear the influence of Beethoven and of his contemporary, Friedrich Kuhlau; but the music presented here is not mere imitation but an original take on, and within the stylistic parameters of, the time.

There is much to admire in the A-flat Major Sonata, the first work on this recording: the elegant phrasing in the opening movement, the dramatic dynamics and judicious use of vibrato in the slow second movement. In the second work, the Grand Duo Concertant, in which I hear the influence of Kuhlau, there is boundless but carefully managed excitement, drama and virtuosic flute playing matched at every moment by the effortless fluidity of pianist, Makoto Ueno.

To me, however, the high point in the disc is the third and last composition, the Trio in G Minor, in which flutist and pianist are joined by cellist Shohei Uwamori. Weber’s artistry reveals itself like an early morning sunrise: the first movement begins with the melancholic opening theme played first on the flute and then on the piano, which adds a new and unexpected layer of understanding of the music. But when the cello follows with a second theme, the effect is breathtaking! 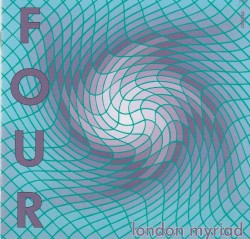 This is a crisp and capable ensemble, a woodwind quintet minus French horn. The material is supplied by the French and English moderns. For tuneful fun, turn to Eugène Bozza, Jean Françaix and Richard Rodney Bennett. Jacques Ibert, Claude Arrieu and Frank Bridge supply some more weight, but never too heavy. Largely the playing is elegant and the ensemble finds admirable unity of pitch and articulation, no small task among such diverse voices, and they play the spirited small works with great verve, as if they were having a heck of a time doing so.

I really like this group, their relative youth, the way the whole is greater than the sum of the parts, and I particularly like Bridge’s Divertimenti, H.189. Easily the longest selection on the disc, the composer allows an idea to develop and subside into a new one in each of the four movements. One is led to suppose each movement stands on its own, but he follows a format for a multi-movement work meant to be performed as a whole, like a miniature symphony. The second movement, Nocturne, is a dialogue for flute and oboe. Rather daringly, given the sparse character, this stands as the longest movement. Naturally, the scherzo which follows is a duet for clarinet and bassoon. Mr. Bridge is a staunch egalitarian.

Get ready, the youth are marching, and they hear the beat of a drummer we should all listen for. Clarinetist Alexander Fiterstein and the Tesla String Quartet have released a sharp-looking package of chamber works for that particular and popular grouping, the clarinet quintet.

After paying homage to the founder of the movement, Mozart, in his Quintet K581, they embark on a path through the 20th century: Gerald Finzi’s Five Bagatelles (arranged by Christian Alexander) and a late-millennial work by a pre-boomer, Soliloquy by John Corigliano. Lastly comes a brief and fairly recent work by Argentine composer Carolina Heredia: Ius in Bello (Laws of War) (2014).

I appreciate the care and skill the group employs in recreating Mozart’s beloved chamber work; it will certainly not disappoint. The colour of Fiterstein’s clarinet brightens the rich sound of the quartet, whose lead voice (in this instance, violinist Michelle Lee, although she alternates on the disc with Ross Snyder), offers a gorgeous counterpoint to the woodwind. They score points as a group for not attempting to reinvent the work; instead they bring a clear sensibility about the use of nuance (tactful and restrained) and attention to prevent vibrato from creeping into the colour. Kudos.

My skepticism about the value of the Bagatelles melted on hearing it improved by the piano part being replaced by the individual string voices. Here the (subtle) vibrato in all the voices turns what is a somewhat pedestrian duo into a touching choral ensemble work. Corigliano provides the “desolation” referred to in the disc’s title with a haunting elegy to the composer’s late father. Heredia’s short and edgy work is a refraction of the conflict-filled world of today. 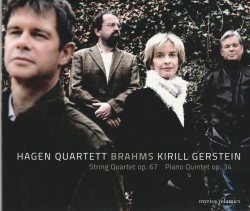 Brahms was happiest at the piano and reluctant to venture into the unknown territory of chamber music involving instruments with which he was not entirely familiar. Many such forays into the unknown were cautiously undertaken. Moreover Brahms had a habit of destroying pieces he did not approve. Considering all of this it is remarkable that his mature chamber work is among the greatest of the 19th century.

The String Quartet No.3 in B-flat Major is one of three quartets which give credence to his view that (for Brahms) the quartet remained a proving ground for experiments of striking originality. It harks back to the world of Mozart and Haydn. Yet throughout, the cycle of nostalgia is muted and it serves only to allow Brahms’ interplays and musical tensions to be resolved with greater impact. Schumann once described Brahms’ chamber music as “symphonies in disguise” and the Piano Quintet in F Minor is typical of this. It combines the resonances of orchestral music with the differentiated textures of chamber music and is a masterpiece of Brahms’ maturity.

Kirill Gerstein offers a legendary interpretation of the Piano Quintet. With high drama, impulsive accelerations, ominous pauses which shrink to a whisper, and moments of deliberation, the work explodes to life. The Hagen Quartett play with such a high level of empathy that at times it’s possible to imagine these works were written almost exclusively for them. 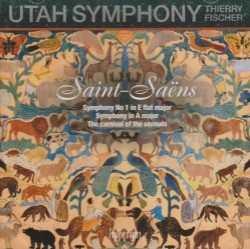 Saint-Saëns – Symphony No.1; Symphony in A Major; The Carnival of the Animals
Utah Symphony; Thierry Fischer
Hyperion CDA68223
(hyperion-records.co.uk)

The output of Camille Saint-Saëns was an impressive one, yet for some reason, a great many of his pieces lie in relative obscurity today. Among these are two symphonies – both early works – and both overshadowed by the lavish “Organ” symphony of 1886. Critics tend to dismiss them as derivative, but they remain fine examples of a young composer’s first forays into symphonic writing as evidenced here on this splendid Hyperion recording featuring the Utah Symphony conducted by Thierry Fischer.

From the majestic opening measures of the Symphony in E flat from 1853, it’s clear that the orchestra is in full command of this buoyant and optimistic music. The martial mood of the first movement is continued in the second movement Scherzo, followed by a lyrical Adagio. The Finale: Allegro Maestoso is exactly that – majestic and ceremonious music, where the Utah’s formidable brass section is given ample opportunity to demonstrate its prowess, and the triumphant conclusion performed with great panache.

The Symphony in A Major is an even earlier work, composed c.1850 when the composer was all of 15. There are echoes of Beethoven and Mendelssohn here, particularly in the sunny third movement Scherzo and the jubilant Allegro molto finale. Again, the orchestra delivers a stylish and convincing performance under Fischer’s sensitive baton.

Interspersed between the two symphonies is the popular Carnival of the Animals. The musical menagerie with its braying, squawking and clucking is proof indeed that the dignified 53-year-old composer – forever sporting a beard and a frock coat – had a keen sense of humour after all.

Bien fait! This is a wonderful recording showcasing two of Saint-Saëns’ less well-known orchestral works along with one of his most familiar – a welcome addition to the catalogue. 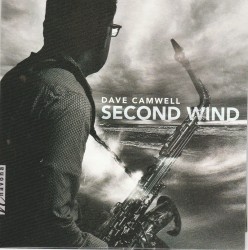 The saxophone was patented by Adophe Sax in 1846, after a great deal of music had already been written. And it was not until the mid- to end- of the 20th century that its repertoire diversified. Dave Camwell’s Second Wind contains an exciting variety of works written for the saxophone but also includes several pieces by Bach, Vivaldi and Handel which have been arranged for the instrument. Music history contains many examples of re-orchestration: Bach performed many of his works with different instrumentation and Robert Schumann added piano accompaniment to Bach sonatas. Camwell has further revised Schumann’s arrangements by adding two saxophones (the other played by Susan Fancher) to Partita No.3, BMV1006 and Sonata No.3 BMV1005. The players’ bright sound and clean articulation show how well-suited the saxophone is for Baroque music.

Camwell shows his mastery of many forms with the other pieces, including Robert Muczynski’s Sonata for Alto Saxophone and Piano, Op.29. Throughout the two movements, Andante Maestoso and Allegro Energico, he combines a muscular technique with a light and effervescent sound through the entire range of the instrument, including altissimo passages. Three larger works round out the album, one with wind ensemble, another with chorale and the final work, Russell Peterson’s Concerto for Flute, Alto Saxophone and Symphonic Band. The variety of music from different centuries, and with such diverse instrumentation, makes this album a real saxophone tour de force! 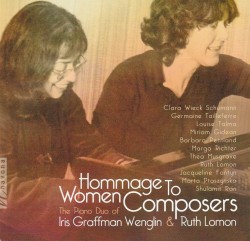 The duo of pianist/lecturer Iris Graffman Wenglin and composer/pianist Ruth Lomon had been performing traditional two-piano programs when they came up with the idea of playing works by women composers, music that was usually difficult to find and seldom performed. When Lomon was in London, she began to research works, and this project took off. Recorded in 1976 and 1978, and remastered in 2017, this fruit of the duo’s labours features pieces by 11 women composers from the Romantic era to the late 20th century.

Graffman Wenglin and Lomon are spectacular musicians, both individually and as a duo. They completely respect and understand the diverse styles, technique, ensemble playing and compositional intricacies of each piece and of each other’s musicianship. This timeless recording is a wonderful memorial to Lomon who died in 2017