Having arguably reached its zenith of popularity in the 1960s with the legendary Oscar Peterson and Bill Evans combos, the piano, bass and drums trio continues to be the sine qua non for countless improvisers. But with any jazz trio performance weighted with the configuration’s illustrious history, it’s up to contemporary players to create a distinct musical personality. 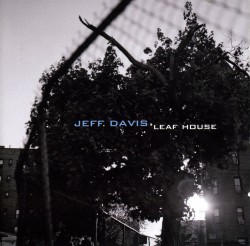 Usually this is done subtly, as New York-based drummer Jeff Davis demonstrates on Leaf House (Fresh Sound New Talent FSNW407 freshsoundrecords.com). A frequent associate of Canadian-in-Brooklyn bassist Michael Bates, the drummer knows the value of a sophisticated timekeeper and has found one in Norwegian-born Eivind Opsvik. More crucially with Russ Lossing at the piano, the leader’s eight compositions are interpreted in a fashion which suggests an alternate piano trio history. Rather than the influence of either Peterson or Evans looming large — as it does for too many of their followers — Lossing operates at the edge of atonality while never abandoning the legato. Throughout, his mixture of perceptive pacing, with forays into the instrument’s highest and lowest portals, plus a touch that ranges from intermittent key dusting to rock-ribbed staccato power, suggests a lineage that takes in Herbie Nichols, Lowell Davidson and Paul Bley, but just skirts Cecil Taylor’s revolutionary keyboard transformations. With such an arsenal of effects literally at his fingertips, the pianist can bring forth whatever is needed to illustrate individual Davis tunes. For instance the connections and variations that define Catbird’s conclusions are very Bley-like, especially when the bassist restates the motif with which he began the piece, the better to again bond with the feather-light and gently chromatic melody he and the pianist first played. On the other hand the kineticism that marks tunes like the title track and the loping Faded relate back to Nichols, as Lossing elasticizes lines without breaking the chromatic thrust, while the drummer’s cuffs and clips or poised rim shots meet walking or bowed bass with sympathetic pacing. William Jacob may be the CD’s highpoint though. Moving from a lyrical exposition to a tremolo finale, the pianist craftily strengthens his touch and doubles his attack as the piece evolves, dovetailing into power chords from Opsvik and aggregated ruffs and rebounds from Davis before the conclusion. 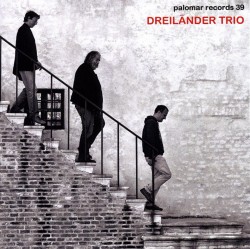 Interestingly enough, the pared-down approach of Canadian Bley, who often toured Europe, is one of the modes expressed by veteran Italian pianist Claudio Cojaniz, on the dozen instant compositions that make up Dreiländer Trio (Palomar Records 39 www.giovannimaier.it). Someone who often records solo, the pianist also infuses the tunes with large dollops of entrancing romanticism, and as might be expected from an Italian, matter-of-fact lyricism. At the same time, despite his expressive glissandi and busy note collections, neither his dynamics nor his touch are ever over the top. His innate jazz-swing sense ensures that each tune evolves in a linear fashion. Moreover since the band is a cooperative trio, bassist Giovanni Maier from Trieste and Serbian percussionist Zlatko Kaučič,who has worked with the likes of American saxophonist Steve Lacy, are equally as important to this CD’s achievement. An adept colourist, the drummer is so self-effacing that the rhythm is often felt rather than heard. A master of cymbal shimmering, bell-tree shaking plus drum clanking, clipping and paddling, he cedes musical flamboyance to the other two. Maier, who is an experienced duo and trio player, takes full advantage, properly interrupting the pianist’s cascading glissandi on m&M with double stopping and rubber band-like plucks from his strings and bringing a stirring cello-like range to Trieste-Amman. Along with Kaučič’s pinpointed clatters, Maier’s bow swipes add a needed toughness to the tune which otherwise is characterized by Cojaniz repeating note clusters in many keys, barely skirting 19th century impressionism. At the same time the pianist’s command of Evans-styled passing chords and patterns doesn’t stop him on a piece like Izpoved from deconstructing the gospel-like theme, making it more staccato so that it’s no longer European, but not quite American either. 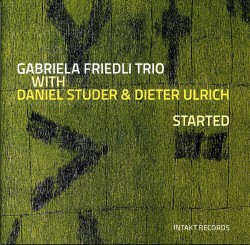 Swiss pianist Gabriela Friedli also adapts the Bley-Evans concept, albeit with a harder touch on Started (Intakt CD 214 www.intaktrec.ch). But her mixture of notated and improvising designs is part of a subtle avant-gardism that hides underneath lyrical narratives. Aided by Daniel Studer’s measured bass plucks and drummer Dieter Ulrich’s smooth pacing, she specializes in contrafacts of other tunes, telegraphing the transformation in song titles. Come Lately relates to Duke Ellington’s Johnny Come Lately; Out of Nothing to Johnny Green’s Out of Nowhere; and no prizes for figuring out the chord origin of I Wrap My Dreams in Troubles. Atop Studer’s chiming beat the last melody is stretched out by Friedli with expansive dynamics. The middle piece becomes a double-time exercise in fleeting cadenzas and string plucks from the pianist, contrasted with sul tasto rubs from the bassist, plus bull’s eye rim shots and cymbal pops from the drummer. As for Come Lately, Studer’s funky bass slaps and Ulrich’s backbeat underline the piece’s basic rhythm and blues feeling. Not content with that, the pianist makes the narrative tougher and more staccato with low frequency cadenzas and note clusters, eventually climaxing as she spins out emphasized glissandi while the drummer’s contrapuntal thumps emphasize wood and metal. 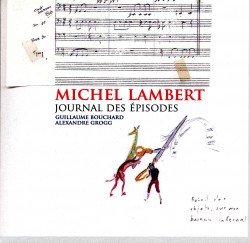 If the preceding groups quietly subvert the piano trio, the most radical reworking of the concept comes from Montreal drummer Michel Lambert. Assisted by pianist Alexandre Grogg and bassist Guillaume Bouchard his Journal Des Épisodes (Rant 1244 www.jazzfromrant.com) is made of 92 [!] brief tracks originally composed for symphony orchestra, re-jigged to fit this format. Although tracks officially clock in at between six seconds and five minutes – with the majority fewer than 30 seconds – the end product sounds like anything but patchwork. Much of the credit has to go to Grogg who manages to maintain the narrative nature of his playing, even if the musical thoughts are interrupted by frequent pauses. Bouchard mostly concentrates on steady rhythmic motions; while Lambert not only exposes every variety of beats from Latin to arrhythmic to near-terpsichorean, but is likely responsible for the sonic add-ons. Besides slide-whistle shrills and alphorn lowing, snippets from a full orchestral usually in romantic mode frequently bisect the performances. Given his head as he has on Sans Commentaire II plus R 59 Liquide or Jour De Célébration the pianist is able to display power voicing matched by Lambert’s ruffs and rolls or showcase moderato fingertip explorations matched by the drumtop strokes and cymbal shakes. When episodes inflate to a whole three minutes on Le Marteau or six [!] on L’homme-Ciseaux the trio comes across with sophistication. Straight-ahead jazz, the former mixes repeated octave jumps and key clipping with press rolls and a thumping bass solo. Even more swing-oriented, the latter is cunningly harmonized with a walking bass line, rolls, drags and ruffs from Lambert and sparkling piano work encompassing tremolo runs and a sprinkling of ringing notes.

Accepting the weight of history, but cunningly or conspicuously moving familiar concepts into new areas, these combos preserve the piano trio for the 21st century.

Author: Ken Waxman
For a list of writings by this author, click the name above
More from this author:
Back to top