When someone goes to a concert of so-called serious music, they generally have one of two kinds of concert experience.

The first is a chance to hear an artistic masterpiece: an immortal work of art created by a genius and performed by an equally brilliant maestro who can interpret the work exactly as the master intended. Think of the TSO playing the entire cycle of Mahler symphonies and you have a pretty good idea of what that's supposed to look and sound like.

The other type is the concert-hall-as-museum approach. Instead of great art handed down through the ages, you experience the music as something kind of alien: coming from another time and place, it doesn't relate to your own experience, and in some ways it has nothing it wants to say to you. It was music to which other people danced, prayed and sang to one another. Like an artifact in a museum, it was left behind by its original owners when they decided they didn't need it any more.

Nobody listens to Jean-Philippe Rameau. This is particularly unfortunate because without him, we'd still be writing music as a series of interwoven melodies instead of as chords and melodies. Most developments in music from the late 18th century on depend on Rameau's contribution to music, namely that music is made up of chords, rather than individual notes that happen to harmonize together. Mozart and Beethoven needed Rameau to develop the capital “C” Classical style. Charlie Parker inventing bebop? He needed Rameau's concept of chords to conceive of harmonic improvisation. Guitar tab in rock and pop music? Rameau again. You get the idea.

To hear the full conversation with Alex Pauk click the play button below. For any of our other podcasts, search for “The WholeNote” in your favourite podcast app, or go to TheWholeNote.com/podcasts for the entire list.

I learned the following things from Daniel Taylor and Suzie Leblanc about how to put on a classical music concert last Friday, October 24:

When Marshall Pynkoski boasted that Opera Atelier's performance of Alcina would be both the Canadian premiere of the opera and the first major Handel opera ever performed by the company, it was clear his expectations were high. Since the group's recent successes at Salzburg, La Scala and Versailles, I've felt a barely perceptible anxiety creeping in among the audience at Atelier's performances, almost as if we can't enjoy Opera Atelier without wondering how well they're going to represent Canada on the world stage. I mean, what if the Toronto premiere gets a standing ovation and the same show flops in San Francisco? What does that say about Torontonians as a concert-going public? Are our standards high enough? Our artists good enough? What if we're rubes? 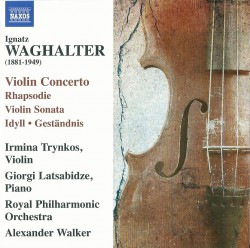 In the February 2013 Strings Attached column I reviewed the debut CD by the Greek-Polish violinist Irmina Trynkos, who is now based in London, England. It was also the first CD in her Waghalter Project, created specifically to promote the music of the Polish composer and conductor Ignatz Waghalter, a remarkably successful and established musician who fled the Nazi regime in Germany in the late 1930s, and whose music fell out of fashion and remained virtually unplayed for more than 60 years.

I noted at the time that Trynkos “plays with warmth, style and confidence; she is clearly one to watch.” 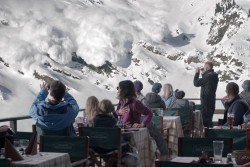 A Swedish family's five-day Alpine vacation is the idyllic setting for Force Majeure, a caustic moral tale that would have done Eric Rohmer proud. The photogenic, seemingly perfect upper-middle-class unit is thrust into a psychodrama that's as darkly comic as it is shocking. As the apparently banal events of the holiday play out with deceptive repetition the family’s emotional reactions evolve above an underbelly of heightened tension.

In my October World Music Beat column I offered a “Polaris Music Prize Trailer,” luring readers with the promise of “a backstage pass to the avant-garde Inuk vocalist Tany Tagaq’s jaw-dropping ten-minute performance…” I’m here to deliver on that promise. I will also be weighing in on the ramifications of the thrice JUNO-nominated Tagaq’s win on September 22, 2014 for her CD Animism. It’s the “best Canadian album regardless of genre and sales” according to Polaris, and her win this year certainly marks a significant milestone. For the first time it was awarded to an indigenous musician. 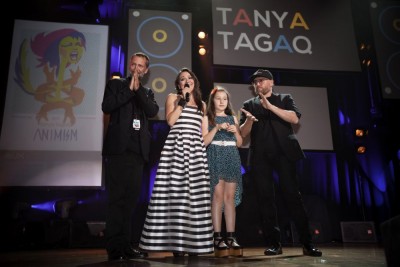 When Tagaq, drummer Jean Martin, and violinist Jesse Zubot lit into their Polaris spot, it was as if an intense Arctic wind had blown into downtown Toronto's The Carlu, howling. They played sections of their superb Animism with improvised throat singing upfront in the mix. I'd seen the trio on two other occasions. But when Christine Duncan cued her 40-voice improvising choir behind Tagaq, sounding like Xenakis or Ligeti's atonal chord clusters had just entered the hall, the concert achieved liftoff, moving onto another plane entirely. The multiple musical textures and traditions blended powerfully, the Inuit with the Euro-American-Canadian (featuring rock, free improv, soundscape, classical avant-garde and yet more genres). 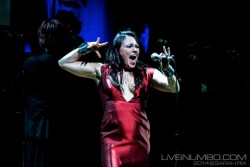 You can see the show for yourself in the video here. As for me, I experienced a complex and heady mix of confrontation and conciliation of social, and political issues and musical genres. The performance also hinted at the potential transcultural power of the healing force of sound.

Before the existence of public museums, gentlemen of a certain social standing would compile what they called a “cabinet of curiosities.” Like a museum in that it was a room, or rooms of artifacts devoted to culture in natural history, it differed in that the collection depended entirely on the whim of the gentleman collector and could include anything at all related to history, archaeology, geology, religious relics, antiquities and works of art. It was an approach to culture that depended on the collector’s freewheeling sense of enthusiasm.

One could feel it in the air at the annual Toronto Early Music Fair, where the wide-ranging talents of a diverse group of musicians were on display at Montgomery's Inn, along with a pile of antiques, musical scores and musical instruments, all curated as a labour of love by Early Music Toronto (EMT) and Frank Nakashima.