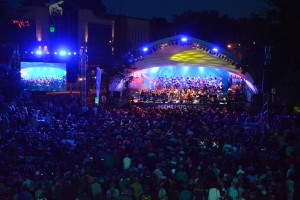 The 9th Festival Classica will be held in Saint-Lambert, along with satellite concerts presented in 8 cities in the Montérégie region, on the island of Montréal and on the North Shore. From Berlioz to the Bee Gees: more than 65 indoor and outdoor concerts, featuring Natalie Choquette, Stéphane Tétreault, Jean-Philippe Sylvestre, Valérie Milot, Alexandre Da Costa and many more artists!
In 2019, we mark the 150th anniversary of the death of the famous composer Hector Berlioz (1803-1869), the 200th anniversary of the birth of composer and cellist Jacques Offenbach (1819-1880), as well as the 150th anniversary of the birth of composer Albert Roussel (1869-1937).