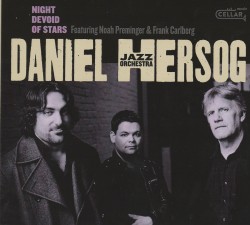 Three words come to mind when listening to Night Devoid of Stars: sophisticated, assured and grooving. Daniel Hersog is based in Vancouver, as are most of the excellent musicians in his orchestra, but the album features two special guests: New York saxophonist Noah Preminger and pianist Frank Carlberg (director of the New England Conservatory Jazz Composers’ Workshop Orchestra). Hersog’s compositions contain many textures and techniques, incorporating contrapuntal movement between horn sections, extended passages with flute and muted brass voicings, other times opening up to feature soloists.

The opening song, Cloud Break, begins with a four-note rising fanfare which is thrown around between brass and wind sections, takes on a minor variation and some counterpoint that leads into a free-wheeling trumpet solo from Frank Turner that is both loose and swinging. Motion begins with some fine gospel piano from Carlberg, and after the band enters to state a theme, he embarks on a solo grounded in solid rhythm with just enough notes to impart feeling and innuendo without hubris. After a brief ensemble interlude, Preminger lays down a solo that demonstrates why he won a Downbeat award. He begins with a sparse and wistful melody, his lines become more fluid, he and Carlberg perform some off-rhythmic riffing, and then he throws in a few angular and aggressive patterns before the band’s outro and Carlberg’s calm ending.

Night Devoid of Stars is full of complex and surprising moments like these. In fact, the title has to be slightly ironic because there are many stars on this album: Hersog’s compositions and arrangements, his featured guests and the very fine jazz orchestra. 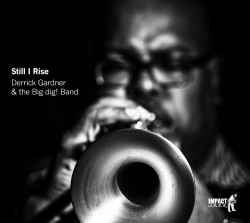 Derrick Gardner’s musical journey began in Chicago, where both his parents were musicians and educators, moved to New York for more study, then around the world as he played in the Count Basie Orchestra and other groups. Since 2011 he has held the Babs Asper Chair in Jazz Trumpet at the University of Manitoba’s School of Music in Winnipeg. For Still I Rise, an album he composed and arranged, he gathered musical friends and family from the past two decades (from the United States, several players local to Winnipeg and others, like Curtis Nowosad who was originally from Winnipeg but has been making a name for himself in New York).

Soulful Brother Gelispie, is dedicated to drummer Randy Gelispie, and contains excellent solos from guitarist Kasey Kurtz, Mark Gross on soprano sax and Nowosad on drums. Melody for Trayvon (dedicated to the teen slain in a “neighbourhood watch fiasco” in 2012) is slower and pensive, reminiscent of Mingus’ Goodbye Porkpie Hat. Push Come da Shove begins with a meditative introduction, then shifts gears when the band enters with a grooving blues riff, and full sax and brass ensemble sections work into a sophisticated trumpet solo by Gardner.

The title piece starts rolling immediately with ensemble sections, some contrasting figures between saxophones and brass and then into an up-tempo solo by Gardner and a trombone solo by his brother Vincent. The closer, Heavens to Murgatroyd!, is a playful tune which includes cartoon samples and DJ Stop sounds all over a solid 3/4 time groove. Gardner’s orchestrations are expressive and contain full-on band sections as well as more restrained segments. All pieces are between seven and 15 minutes which gives the soloists time to stretch out so we can hear their individual personalities. Still I Rise swings from beginning to end. 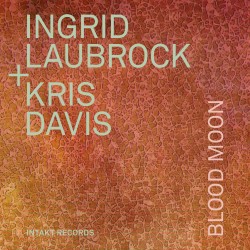 German saxophonist Ingrid Laubrock and Canadian pianist Kris Davis met more than a decade ago as newcomers to the New York jazz world. They soon developed a trio, Paradoxical Frog, with drummer Tyshawn Sorey and have collaborated in various projects, including Laubrock’s Anti-House quintet and her orchestral Contemporary Chaos Practices. In recent years, each has achieved considerable prominence, recording frequently and topping international jazz critics polls. This state-of-the-art dialogue at chamber music dynamic levels demonstrates why.

Davis’ opening Snakes and Lattice introduces a partnership of virtuosos as they fly through a complex series of glissandi and tremolos, leaping registers and shifting tempos, all delivered with a kind of playful aplomb. There’s more of the same in Laubrock’s Whistlings, music in which dexterity is not an end but a gateway to new terrain, soprano saxophone and piano so close as to suggest a single musician.

Much of the music here is simply beautiful, but often in fresh ways. Laubrock produces sonorities of rare lustre, while Davis’ clouds of limpid notes blur Debussy and Second Viennese School. Their inventiveness and sense of detail are evident in Davis’ Flying Embers in which Laubrock’s quiet long tones and subtly shifting pitches fuse with the sustained hum of the piano strings. Laubrock’s Maroon moves toward form: initially balladic, it moves through a sustained free exchange, eventually arriving at two distinct voices, a lyric saxophone and an insistently percussive, mechanistic piano. 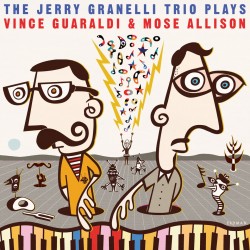 Drummer Jerry Granelli will turn 80 this year and he’s had a long and varied career in music, from San Francisco in the 1960s to Nova Scotia since the 1990s. His stellar contributions there have included a fine Haligonian trio with saxophonist Don Palmer and the late bassist Skip Beckwith. Here Granelli revisits the 1960s when he worked with pianist/composer Vince Guaraldi (including his famous Peanuts soundtracks) and the singer/pianist/songwriter Mose Allison, whose light Southern drawl and distinctive creativity somehow fused roots blues and modern jazz.

Granelli’s choice of partners here is inspired, creating a consummate balance of polish, energy and invention. Pianist Jamie Saft, perhaps best known for playing multiple keyboards on John Zorn projects from lounge to noise, plays with both verve and drive; bassist Brad Jones leads as adeptly as he accompanies, playing two improvised duets with Granelli, Mind Prelude 1 and 2. Guaraldi’s masterful pop tunes bracket the session, opening with a buoyant Cast Your Fate to the Wind and closing with Christmas Is Here, at once wistful and radiant.

Mose Allison’s songs get the bulk of the attention, with the trio’s combination of rhythmic force and playful post-modernism standing in for the missing lyrics. The roots-evocative Parchman Farm goes from a modal approach to a weirdly abstract Saft solo interlude in which blues and soul phrases mix freely with pointillist abstractions, while Your Mind Is on Vacation is tightrope-dancing improvisation heading for a melody. 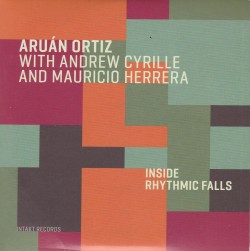 Pianist/composer Aruán Ortiz has spent half his life in Cuba and half in America, his work linking two strong traditions. One is that of the composer/pianist as rhythmic/harmonic explorer and sound sculptor, connecting to Duke Ellington, Thelonious Monk, Herbie Nichols, Cecil Taylor and Andrew Hill. The other is the wellspring of Cuban music, a conduit of African roots into jazz, at least since percussionist Chano Pozo collaborated with Dizzy Gillespie in the 1940s.

Ortiz’s solo CD Cub(an)ism explored the dual vision of painter Wilfredo Lam; Inside Rhythmic Falls extends recent trio recordings but does so with a difference: it’s a percussion trio, setting the piano in conversation with two very different drummers: Andrew Cyrille, best known perhaps for a decade-long partnership with Cecil Taylor, but whose 60-year career began by recording with Coleman Hawkins and includes explorations of his Haitian roots; and Mauricio Herrera, who sings and plays Cuban vernacular percussion, some reaching back to Africa: changüi bongos, catá and cowbells.

The music is filled with a special mystery and a rare vitality: the former raises queries about methodology; the latter silences them. The cross patterns of Lucero Mundo include speech-like vocals as well as the calm elaboration of complex rhythms, while Marímbula’s Mood is suffused with hypnotic ambiguity. Conversation with the Oaks is abstract musing, à la Taylor and Hill, with Cyrille supporting multiple paths; the concluding Para ti Nengón celebrates hybridity, adding three vocalists for a popular Cuban song. 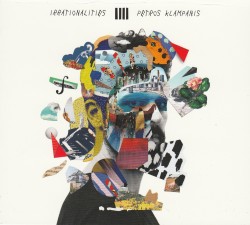 The personal, profound and eloquent utterances grow organically into and out of this extraordinary music by contrabassist Petros Klampanis together with the brilliant young pianist Kristjan Randalu and the drum wizard, Bodek Janke. Irrationalities has luxuriant and mystical music, played with intimately expressed feelings and emotion.

All three musicians have proven their versatility on numerous occasions and their coming together here again, at the bassist’s behest, to play his atmospheric music seems to be a divinely fortuitous event. The music that ensues on the recording is something to die for. It is fastidiously conceived and sensuously played. Not a single semiquaver is out of place as Klampanis, Randalu and Janke traverse what seems like one musical epiphany after another.

The performance on Seeing You Behind My Eyes is enigmatic. The two parts of Temporary Secret are beguiling and Blame it On My Youth is simply breathtaking. A rare kind of intimacy and shared enjoyment is all over the performance. Compositions are idiomatically interpreted and every improvisational phrase is seized as if to capture the most ephemeral aspects of musical creation – and that too, with consummate ease.

This music is natural and inspired. Klampanis’ powerful virtuosity rumbles with gravitas from the very first bars that he plays. Unusual, even through the darkest tones of his bass, is the manner in which he is able to make it all work, while offsetting Randalu’s wispy elegance and quiet charm and Bodek’s whispered gentility throughout. 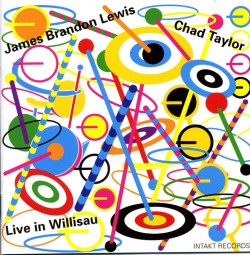 In essence that means that the nine-track set gets more gripping as it evolves. Alongside socking drum beats, the saxophonist ratchets through every manner of altissimo cries and subterranean honks, melismatic slurs and mocking phrases as the two redefine a Coltrane line and their own originals. Later Mal Waldon’s obscure Watakushi No Sekai, positioned with cymbal crackles and reed-shattering sparkles is interpreted as movingly as is a quietly genial version of Duke Ellington’s famous Come Sunday. Finally the two respond to vociferous audience acclaim with an encore of a reconstituted Over the Rainbow, featuring hide-and-seek divulging of the melody among stuttering reed split tones and percussion clip-clops. But the concert’s most telling track and an acknowledgment of departed improvisational masters, is a screaming near-R&B version of Willisee featuring drum shuffles and yakkity-sax variations. This same tune was performed on the same stage in 1980 with equal energy and skill by its composer, tenor saxophonist Dewey Redman, in a duo with drummer Ed Blackwell.