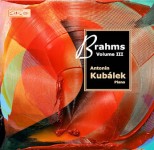 The Czech Republic’s loss was surely Canada’s gain the day Anton Kubálek decided to flee political unrest in his homeland in 1968 to settle in Toronto. Since that time, he has quietly carved out his niche, earning a reputation as an outstanding pianist, pedagogue, and recording artist, his talents exemplified in the nearly 20 CDs produced for the Dorian label.

This latest offering is one originally intended to be Volume 3 in a series of music by Brahms, but Kubálek managed to obtain the rights, and has released it personally. Recorded in 1995, it features four early works: the Sonata Op.1, the Ballades Op.10, the Variations on a Hungarian Song Op.21 #2, and the Scherzo Op.4. The sonata is a large-scale work - Brahms first attempt at the form - and from the opening chords, Kubálek treats this confident music with a bold assurance. Considerably more mysterious and dramatic are the four Ballades Op.10, music from 1854 inspired by the Scottish poem Eduard. The Variations and the Scherzo (Brahms earliest extant composition) abound in technical challenges, while possibly proving that the composer’s piano music is sometimes less than “pianistic.” But Kubálek meets the difficulties with apparent ease, demonstrating both virtuosity and intense lyricism, and without the flashiness that often characterizes the playing of many of his younger contemporaries. As always, he remains the consummate musician.

Since the fall of communism in 1989, Kubálek has travelled back to the Czech Republic several times in order to give recitals and hold master classes, but luckily for us, he has no intentions of returning permanently. May he continue to share his talents - both in concert and on fine CDs such as this one - for a long time to come. 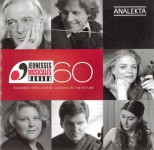 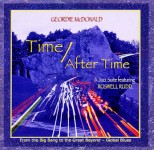 Details
Written by Alison Melville
Category: Early, Classical and Beyond
Published: 31 May 2010

Olivier Messiaen once opined that birds were probably the greatest musicians to inhabit our planet, and they have indeed been inspiring many a composer and musician for centuries. With this disc, Michael Lewin pays homage to our feathered muses with a fascinating and entertaining mixture of works for solo piano.

Music by a rich array of composers is found here, and the diversity works brilliantly. There are whimsical offerings by Hoffman, MacDowell and Jensen; touches of delicate melancholy by Grieg, Granados and Schumann; and Rameau and Daquin are tastefully played on a Steinway concert grand. Transcriptions of Glinka, Saint-Saëns, Alabieff and Stravinsky are included, of which the Danse infernale from Firebird is most grand; and Messiaen himself is exquisitely represented by The Dove, written when he was twenty. Lewin also knocks off an enthusiastic rendition of the Joplinesque Turkey in the Straw and it fits the program to perfection.

The pacing of this ‘piano aviary’ is delightful and Lewin plays to dazzling and touchingly expressive effect. Highlights for me are the Messiaen and Schumann, and his renditions of Ravel’s Sad Birds and Cyril Scott’s Water Wagtail, but I will listen to this entire disc repeatedly with great pleasure. Kudos also to the designer of the booklet in which this CD is housed – the design with its rich colours and elegant illustrations is as impressive as the music within.

Details
Written by Bruce Surtees
Category: Early, Classical and Beyond
Published: 31 May 2010

This is a thought-provoking, intriguing film about an extremely controversial subject. The argument of this DVD is set down in the enclosed notes: “It was a matter of national and socialist pride when, in November 1945, the new Communist Government of Poland asked for, and received, the heart of Chopin previously buried in Paris. Against this background, a woman called Paulina Czernika approached the Polish Minister of Culture, claiming to have some love letters from the composer to her great-grandmother, the Countess Delfina Potocka. At first curious, but eventually alarmed, the Ministry began a witch-hunt against Madame Czernika. For while it was true that there was an historic figure called Delfina Potocka – she was the only lover to whom Chopin dedicated any music – these letters were said to be pornographic, anti-Semitic and thoroughly damaging to the image of the composer as a Polish hero which the Communist government wished to promote. Czernika ‘committed suicide’ on October 17, 1949 one hundred years to the day after the death of Chopin. Or was she murdered, and if so, why? Were the letters in fact forgeries? And what was the truth about Delfina Potocka?

As Czernika encounters publishers and persons in authority, we are privy to selected personal, confidential and intimate details from the composer’s letters. The events revealed in the letters are enacted, in chronological order, by a thoroughly believable cast.

In his book Chopin the Unknown, Polish music scholar, conductor and composer, Matteo Glinski delves deeply into the Delfina Potocka affair (Assumption University of Windsor Press, 1963). Glinski’s credentials are impeccable and of this book, Roman V. Ceglowski, President of the International Chopin Foundation, wrote “I think it is the most provocative study on Chopin in our times” and commended it to Chopin scholars. Glinski quotes convincing evidence of Chopin’s character and his “elusive secret” all lending authenticity to the Delfina letters.

Is Palmer tipping his hand by entrusting the roles of Paulina Czernika and Delfina Potocka to the same actress in this unusual production?

Details
Written by Tiina Kiik
Category: Early, Classical and Beyond
Published: 31 May 2010

Pianist Yundi (he has dropped the use of his last name Li!) is an almost mythical celebrity in China. Since winning the Chopin piano competition at the young age of 18, he has captured the hearts of the people of China, and has a busy international performing schedule, much to the credit of his highly emotional and theatrical performance style. So how then to portray him on film, without the finished product becoming an advertorial to the young pianist?

Director Barbara Willis Sweete’s approach is brilliant – her premise seems to be to present him in a series of contrasting milieus: Yundi on tour in China versus Yundi in Berlin preparing for a recording/concert with the Berlin Philharmonic; The youthful serious soloist Yundi working with the senior witty Maestro Seiji Ozawa; Yundi as a child accordionist versus Yundi the young classical star; Yundi the classical pianist performing with Jay Chou, the pop star keyboardist; His family lovingly reminiscing about his childhood while also lamenting with justifiable sadness that he just doesn’t visit them enough now. Only the segment with Yundi playing ping pong with TSO conductor Peter Oundjian seems idiosyncratic and out of place. Be prepared to be shocked as well – Yundi practiced up to eight hours a day as a child and some of the teaching methods employed are questionable too!

This is a beautiful flowing film that gives a well rounded portrait of the globetrotting pianist as a young man. The high Rhombus production standards are maintained – the visuals, storyline and editing are seamless. Bonus tracks of Chopin performances are an added treat. Fans and critics alike will enjoy, and also at times be disconcerted, by this superb Canadian made documentary.

Details
Written by Richard Haskell
Category: Early, Classical and Beyond
Published: 31 May 2010

During my period in music retail many years ago, I was once asked by a customer, “I need a disc of operatic arias, but I don’t want the singing, only the music”(!). I’ve undoubtedly told this story before, and I repeat it now only because it ties in so well with this new EMI recording titled “Fantasy – A Night at the Opera” featuring flutist Emmanuel Pahud with the Rotterdam Philharmonic under the direction of Canadian conductor par excellence Yannick Nézet-Séguin.

As the name suggests, this disc comprises an attractive collection of opera arias as arranged for flute and orchestra. While the operas from which they are derived are familiar, such as Verdi’s La Traviata, and Bizet’s Carmen - the arrangers are decidedly less so, and contrary to what one might think, not all date from the 19th century. For example, the Fantasy on Mozart’s Magic Flute, was composed by Robert Forbes (born in 1939), and the paraphrase from Tchaikovsky’s Eugene Onegin was written by Guy Braunstein, born as recently as 1971. Also included on the disc is a sensitive (and unarranged) performance of the lyrical Dance of the Blessed Spirits from Gluck’s 1762 opera Orphée et Eurydice.

Not surprisingly, Pahud has no difficulty in meeting the technical demands of the virtuosic and high-spirited writing inherent here, while the Rotterdam Philharmonic, under Nézet-Séguin’s competent baton provides a tasteful and strongly supportive accompaniment.

While most of these arrangements wouldn’t really be classified as Great Music, the disc is nevertheless entertaining and diverting, a true showcase for Emmanuel Pahud’s talents, and proof indeed that Nézet-Séguin is just as at home with this lighter more flamboyant repertoire as he is with music of a more serious nature. Recommended.